By Brian Warner on December 21, 2015 in Articles › Celebrity Homes

When I get bored and daydream of buying a second home in an exotic city like Miami or San Diego, I browse real estate sites for condos in the sub-$400k range. When no results turn up, I look to see if there are any nice Airbnbs that are available for around $1,000 per week. That ends up being a more comfortable range for me. This scenario is slightly different when you are a Middle Eastern billionaire. First off, forget Miami and San Diego altogether. Middle Eastern tycoons are probably gonna focus most of their energy on a city like Paris or maybe London. More importantly, their price range is slightly higher than that of the average person – even the average super rich person…

Today, it was revealed that an anonymous Middle Eastern billionaire purchased a home on the outskirts of Paris. "Home" isn't really an appropriate way to describe the house. It's technically a Chateau. 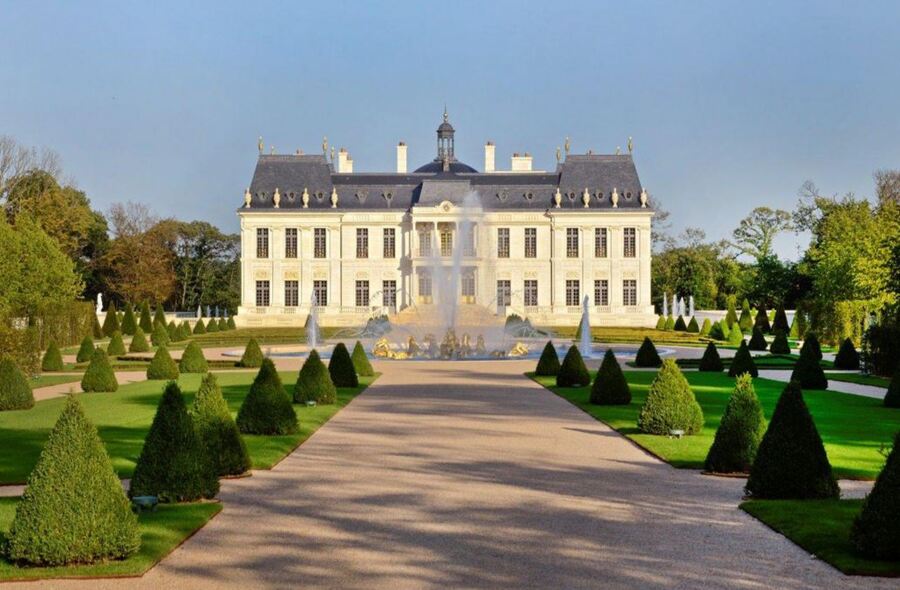 So what does this anonymous billionaire get for his or her $301 million? This chateau, which sits on 56 acres, includes a private aquarium, movie theater, massive wine cellar and a gold-plated fountain.

If you're assuming that this house has a long history of hosting parties with Kings, Queens, Counts and Barons… let me stop you right there. This property was actually built three years ago. But that doesn't make it any less stunning!!! To see what we're talking about, check out this video of the amazing property:

As we mentioned previously, this sale breaks the current record for the most expensive home ever sold. The previous record was $211 million – to buy a London penthouse. Brooklyn Nets owner, Mikhail Prokhorov, could have held this record from the time he flirted with spending $423 million to buy a villa in the South of France. Mikhail even went so far as to put down a 10% deposit to secure the deal. He eventually backed out, though, and later tried to get his deposit back. A French judge ruled against him in court and subsequently $40 million was flushed straight down the toilet.