Anderson Cooper's House: Reporting on the Sale of His $3.8 Million Penthouse Duplex

Anderson Cooper was born into a successful family of artists.  His father, Wyatt Emery Cooper, was an award-winning author, his mother, Gloria Vanderbilt, was a successful artist, designer, writer, and heiress.  He graduated from Yale University, and spent time in Kenya, Vietnam, and studying to become a CIA Agent, before he decided to shift his focus to journalism.  His first journalism-related job was as a fact checker for Channel One, a news channel for junior high and high school aged viewers.  While working for Channel One, he made a fake press pass and went to Myanmar to shoot footage of the Burmese student uprising.  He was able to sell his story to Channel One, and thus began his reporting career.  After traveling to multiple war-torn countries to report on the violence, he realized he had lost perspective, and shifted his focus to broadcast journalism.

He worked on ABC as a correspondent, and then co-host of "World News Tonight".  He also hosted "The Mole" for two seasons, before returning to broadcast news.  In 2003, he became the anchor of his own news program, "Anderson Cooper 360°", and he went from being, that "cute anchor/host guy", to being one of the most popular news correspondents in the US.  He was suddenly everywhere, appearing on "60 Minutes", expanding his own show to two hours, and serving as a correspondent for CNN.  He is now the anchor of "Anderson Cooper 360°", and his own daytime talk show, "Anderson", which began airing in the fall of 2011.  With all of this success over the course of the last ten years, it would stand to reason that he would want to trade up in the property department.  Just a few days ago, he sold his duplex penthouse in Manhattan in preparation for his imminent relocation to a renovated firehouse farther downtown. 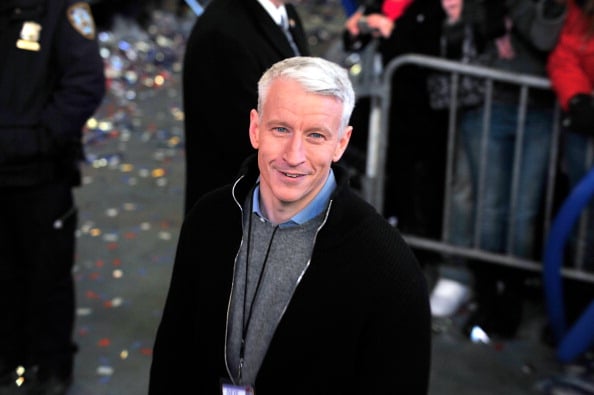 Anderson Cooper's house is a duplex penthouse with two large bedrooms, a den, a living room, a dining room, a sizeable kitchen with pantry, and a dressing room off of the master bedroom.  Anderson Cooper's house also sports three bathrooms, and wrap-around terraces on both floors.  It comes complete with hardwood floors, a floating staircase, floor-to-ceiling windows, a fireplace, state-of-the-art appliances in the kitchen, and limestone counter surfaces.  Anderson Cooper's house sold for a reasonable $3.8 million.  Here's hoping he reports on his renovated firehouse when it is all ready for occupancy.