Alexander Skarsgard's House: A Sunny, Bright Home for an Actor Who Goes to Work in the Dark Everyday

By Paula Wilson on October 29, 2012 in Articles › Celebrity Homes

Some guys have all the luck.  Not only are they good looking, but they are also talented, multi-lingual, successful, and monetarily well off.  Alexander Skarsgard is one of those guys with all the luck.  The Swedish actor began his professional career as a child.  His second film made him a star in Sweden, but fame did not sit well with him, and he stepped away from performance.

The son of celebrated actor, Stellan Skarsgard, he steered clear of the acting lifestyle, completed his mandatory military service, and moved to London to attend university and major in English.  That lasted about six months.  He moved to the US, and studied theater at Marymount Manhattan College for six months, and then returned to Sweden, where he began working in film, television, and theater, almost immediately.  A vacation to Los Angeles in 2001 resulted in a role in the comedy, "Zoolander", and more roles in Hollywood projects soon followed.  In 2008, he was cast in the role that would make him a household name, as Eric Northam on the hit series, "True Blood".  While he has worked steadily in the United States for the last four years, he only recently purchased a home here. 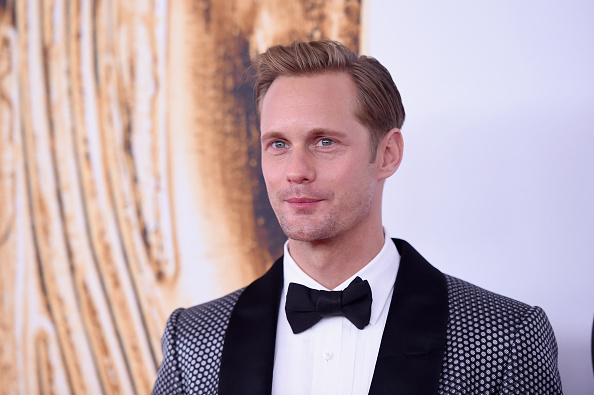