By Joseph Gibson on November 28, 2018 in Articles › Celebrity Homes

It appears that the relationship between Alex Rodriguez and Jennifer Lopez is getting pretty serious, because TMZ is reporting that A-Rod's "bachelor pad" in the Hollywood Hills is being sold for $6.5 million.

A-Rod purchased the home back in 2014 from none other than Meryl Streep, for about $4.8 million, so if the house sells for its asking price, he'll be making a decent profit in the bargain. As for the house itself, it's a pretty cool architectural specimen, known as the Honnold & Rex Research House. 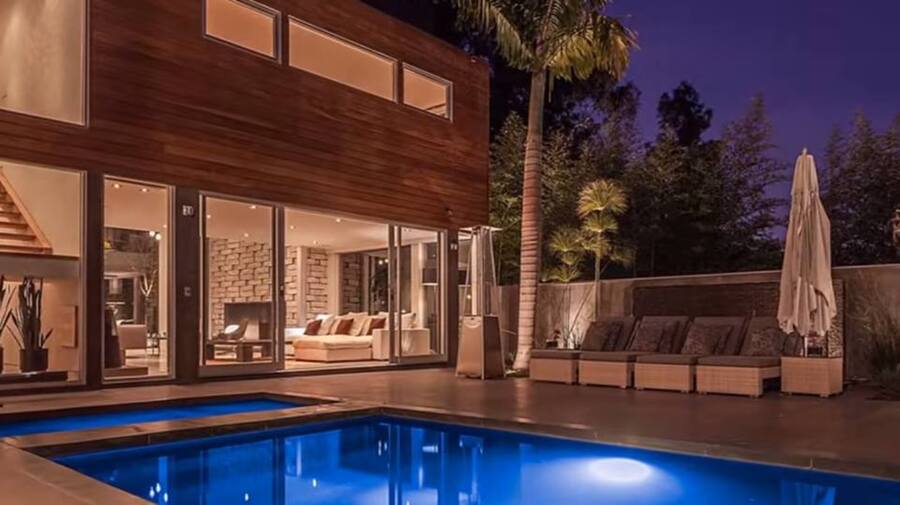 The Honnold & Rex Research House was constructed in the 1950s as a sort of a clearinghouse for architectural concepts and designs. In other words, it was beyond the cutting edge back then, and still maintains its cool, unusual vibe now. Inside its two stories, it boasts luxuries like a floor-to-ceiling fireplace, a fully equipped chef's kitchen, and a pool and spa in the backyard. As the house listing on YouTube puts it:

"Architectural Perfection Achieved. Located on the most desirable street above Sunset Plaza, this modern, state-of-the-art estate features exquisite quality of fixtures and furnishings. Massive walls of glass open to a serene courtyard with tranquil pool & spa, creating the perfect union of indoor-outdoor living."

A-Rod reportedly purchased a new high-rise condo with J-Lo in Manhattan earlier this year for more than $15 million, so his new living situation is all set in advance.

If you're in the market for "Architectural Perfection," or you just want to live in the house where A-Rod used to live, you'll have to somehow be connected enough to make an offer in the first place ("Shown by appointment only to pre-qualified clients. No open houses. No exceptions.") But in the meantime, or if you just want to do a little online fantasy shopping, you can take a look at the house in the video below: