Maroon 5 lead singer and The Voice coach Adam Levine and wife Behati Prinsloo have purchased yet another house in the Los Angeles area. The couple has purchased a 12,000 square foot Tudor-style mansion for $35.5 million.The home has seven bedrooms, eight bathrooms, a library, a screening room, pool, tennis court, and guesthouse on an acre of park-like grounds.

The media is reporting that Will & Grace creator Max Mutchnick purchased the house for $28 million back in 2008. That isn't true. Mutchnick actually bought the house for $14.5 million and did $4 million worth of upgrades to it, resulting in a huge turn in profits for him with this sale to Levine. 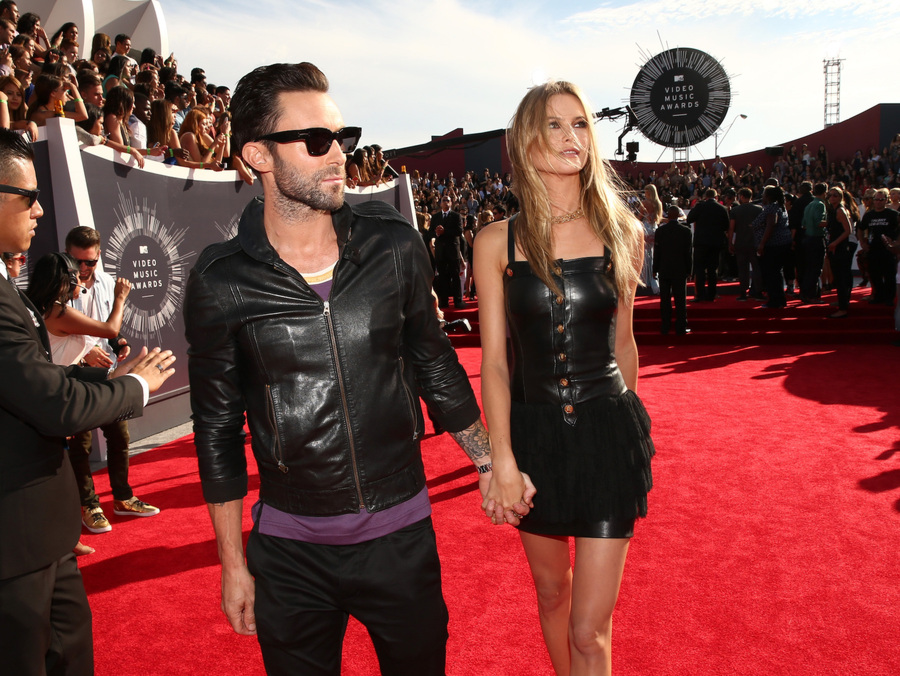 The gated estate was built in the 1930s. It was once owned by tennis superstar Pete Sampras. He then sold it to Mutchnick. Levine purchased the house in an off-market deal.

Levine has been on a real estate buying and selling spree for the past few years. He sold his Holmby Hills house for $18 million not long after buying it for the same price. The home was in need of extensive renovations and Behati was pregnant at the time, so the couple just wasn't up to the work of a renovation.

His Beverly Hills 7,000 square foot midcentury modern home has been on the market for some time. He initially listed his bachelor pad for $17.5 million in 2016. He dropped the price to $15.9 million and very recently sold it for $13.5 million to singer John Mayer. That is still quite a profit for Levine. He paid $4.83 million for the Benedict Canyon house in 2012.