36,000-Acre Whitney Park Listed For $180 Million By New York's Whitney Family After More Than A Hundred Years Of Family Ownership

By Joseph Gibson on August 6, 2020 in Articles › Celebrity Homes

Whitney Park, the 36,000-acre estate named for the wealthy New York Whitney family that owned it for more than a hundred years, is being listed for sale by the estate of the late Marylou Whitney, who died last year. The asking price? An impressive $180 million, or about $5,000 per acre, according to a story on the listing from The Wall Street Journal.

The story goes into the history of the property, which began all the way back in the 1890s with the construction of Deerlands, the main house on the estate. That was when William C. Whitney first started purchasing property in the Adirondacks, and the huge property now known as Whitney Park sprawled out from this original purchases more then a century ago.

Deerlands has plenty of space all on its own, enough for 17 bedrooms and 11 bathrooms including those in the guest house and staff quarters. It's tucked away in privacy and seclusion behind a long, eight-mile drive guarded by an old-fashioned gatehouse – which, John Hendrickson, the late Marylou's widower (the couple pictured below), says is in a different area code from the house itself. 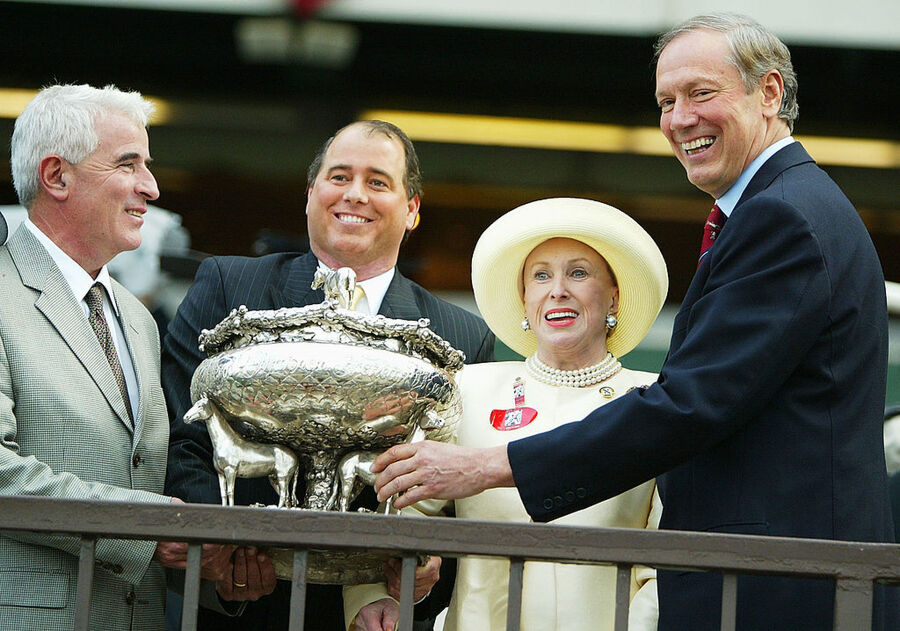 Nearby is Little Forked Lake with its two-story boathouse, and elsewhere on the massive property you'll find 22 more lakes stocked with fish, a timber operation, and a trapper's cabin that also dates back to the 19th century, and natural wildlife including moose, bears, deer, and even a few bald eagles.

Interestingly, Hendrickson is selling the property on his own, without the usual listing agents, despite its massive size (and asking price). And it would be even larger were it not the for the 14,700 acres that Marylou sold to the state of New York in 1997 for $17.1 million, land that is now designated as the William C. Whitney Wilderness Area. That sale happened about five years after Marylou inherited the property herself, following the death of her first husband, Cornelius Vanderbilt Whitney.

Hendrickson tells WSJ he's hoping to find a buyer that will maintain Whitney Park with the love and care that the Whitneys bestowed on it for so long. But he's getting rid of it because it's simply too much land for one man:

"It's bittersweet that I've decided to sell, but it's too overwhelming for one man and I don't really want to be an owner of a country. You can fit 70 Monacos in there…It's lonely without Marylou."

Now, the search for the massive property's new owners has begun.