Anton Zaslavski, the 31-year-old Russian-German DJ who is better known by his stage name "Zedd," has listed a mansion in Beverly Hills for sale. As first spotted by Dirt.com, I don't know what's more amazing. The fact that Zedd was just 28 when he plunked down $16 million for this property… OR… the fact that just three little years later he thinks it can fetch $26.5 million. In other words, if he gets the asking price, Zedd will have essentially been paid $3.5 million per year to live in what is a truly spectacular mansion.

Built on spec in 2016, the developers crafted an 11,000 square-foot modern masterpiece to sit on the property's 3.2 acres.

After construction was completed, they tried to get $25 million but there were no takers for a full two years before Zedd swooped in with his $16 million offer. 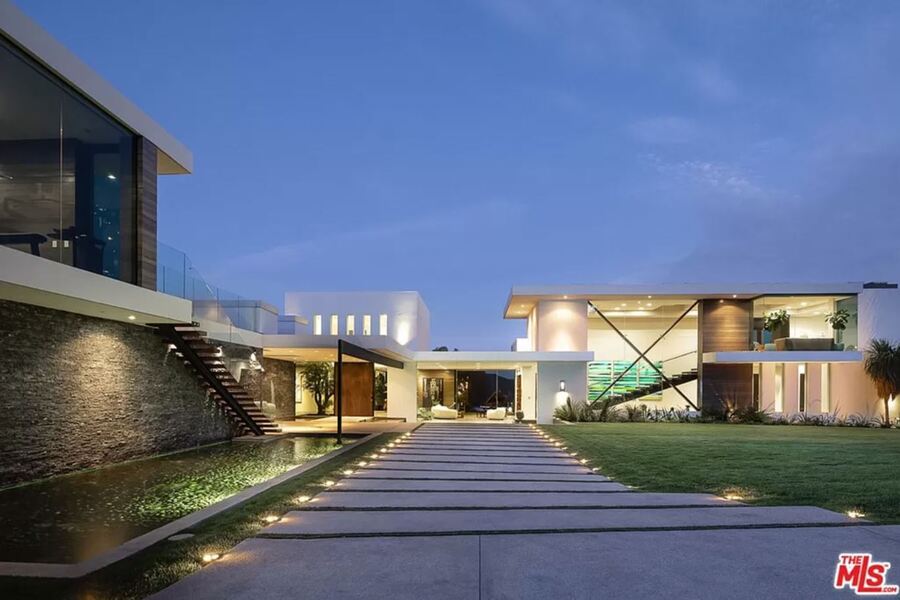 Via The MLS/Westside Estate Agency

The property was 99% complete before Zedd took ownership, but he did proceed to add a game room, production studio, soundproof movie theater and a custom skittles dispenser.

Zedd gave Architectural Digest a tour of the property about a month after moving in:

But I actually think this real estate promo video does a better job of showing off the home's incredible features:

The first 30 seconds of that second video really shows off the uniqueness of the property. Note that this is 3.2 acres on a hilltop in Beverly Hills. This is a serious piece of land with views that would never get old.

Not sure why Zedd has decided to sell. With a net worth of $50 million, Zedd is one of the 20 richest DJs on the planet.

Maybe he's going to take his profits and buy something even bigger and more spectacular?!?!