Look, there are obviously a lot of spoiled children of super wealthy parents on the planet, but when you break it all down Petra Ecclestone must be the biggest sperm lottery winner ever. Right? She's young, she's attractive and her dad is a billionaire. And not some boring billionaire who made his money in finance or real estate. A billionaire who runs one of the most exciting sports on the planet, Formula One. A billionaire who can get you box seats at every sporting event or concert on the planet on a moment's notice and will happily lend you one of his jets for transportation. And if all that wasn't enough, Petra also apparently was given the golden touch when it comes to real estate investing. As if she needs the money!

In case you're hearing the name Petra Ecclestone for the first time let me give you somek background. Born in December of 1988 in Westminster, United Kingdom, this 25 year old is the daughter of Bernie and Slavia Ecclestone. Slavia is a 6 foot 2 former super model from Croatia. Bernie Ecclestone is a 5 foot 3 British business tycoon. Bernie, who is 28 years older than Slavia, is a former car salesman who worked his way up to being being the president and CEO of both Formula One Management and Formula One Administration. Between these two positions, Bernie essentially is the most important person in Formula One Racing. Beginning in the 1970s, Bernie was the driving force (pun intended) in turning Formula One into the multi-billion dollar brand and business that it is today. Bernie Ecclestone is worth $4.2 billion dollars. He directly owns 5.3% of Formula One and controls another 8.5% through a family trust. 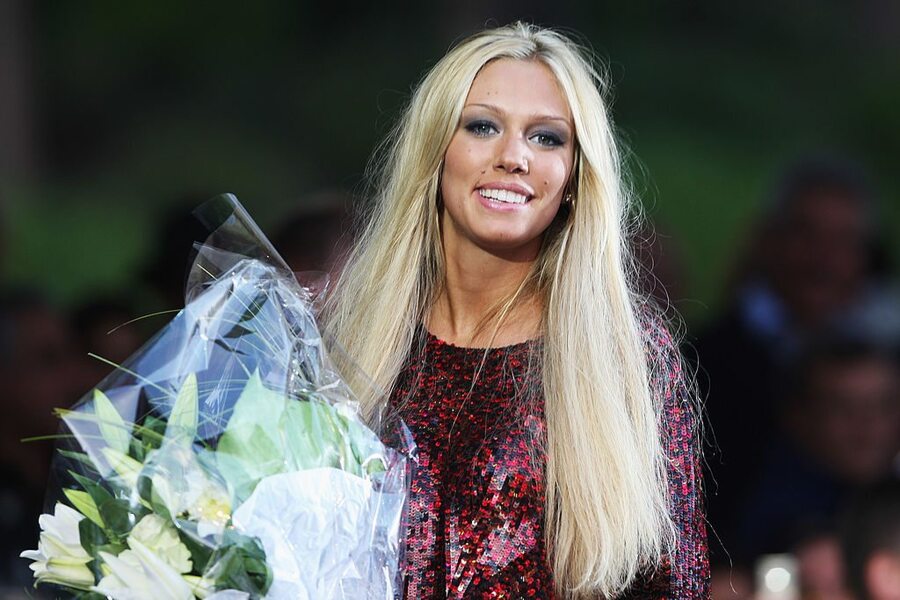 After graduating high school, Petra Ecclestone decided she wanted to be a fashion designer. (What an original idea!) In 2008, at the age of 19, she created a menswear line called FORM which was sold at a handful of upscale retailers. 14 months later the brand was shuttered and the company was forced into liquidation. In 2011, she launched a line of accessories called Stark. (Another unique idea!) For her next trick, Petra plans on releasing a collection of footwear that she hopes to sell out of her own store in Los Angeles. I bet she'll love working retail! (Seriously though, when all spoiled rich girls turn 18, are they given a playbook that they are required to follow step by step? Mark my words, at some point in the near future, Petra will announce plans to launch a company that will design either boutique hotels or hand bags.)

In 2011, Petra married an equally spoiled rich kid named James Stunt at a castle in Rome. The wedding cost $20 million. Totally reasonable. Continuing the trend of totally reasonable uses of money, later that same year, Petra and James purchased The Spelling Mansion in Beverly Hills from Candy Spelling (widow of 90210 creator Aaron Spelling, mother of Tori Spelling). The purchase price? $85 million dollars. She was 22 years old at the time. Fast forward to the present, and Petra has just announced that she is listing her mansion for sale. Asking price? $150 million.

All snarkiness aside, turns out Petra is actually a pretty good real estate investor. If she gets her asking price, she will have made $65 million dollars. And all she had to do was live in one of the most amazing and luxurious mansions on the planet for three short years. Not a bad gig! Here's some info on the house, in case you happen to be homeless and have $150 million burning a hole in your pockets:

Built in 1991, and now know as "The Manor", this insanely amazing mansion is located in the ultra-exclusive Beverly Hills neighborhood of Holmby Hills. Aaron Spelling bought the property in 1988 then spent three years and $12 million ($25 million in today's dollars) the whole thing from scratch. Located at 594 S Mapleton Drive, it's two doors down from the Playboy Mansion and is the largest single-family home in all of Los Angeles. The physical house alone covers 56,000 square feet on 4.6 acres of land. There are 123 rooms including a gym, movie theater, four separate 2-car garages, a bowling alley and three separate rooms for wrapping presents. The house also has the obligatory swimming pool, ice rink, tennis court and gym. There's an additional parking lot that can accommodate 100 cars. When Petra took over, she upgraded the interior and replaced all the chandeliers and fireplace mantels.

So what do you think? If you're as lucky as Petra you can buy it for $150 million and flip it three years from now for $215 million. Or you could just live in it forever. Sleep in a new room every night. After a year, you'll have only slept in each room three times. Oh, and if someone out there in Celebrity Net Worth land does happen to buy this house, please invite me to a pool party. I'm only 15 minutes away kthxbye 🙂