By Chris Kelley on October 28, 2016 in Articles › Celebrity Homes

One Direction singer Louis Tomlinson has a new place to call home in the glamorous expanses of the Hollywood Hills. The luxurious mansion at hand offers a multitude of fringe benefits, including a superb shot of the Hollywood sign and a panoramic view of Los Angeles below, but just how much did Tomlinson pay to call a slice of the city his own?

Standing at 6,000 square feet and boasting such amenities as an infinity pool, waterfall showers and an in-home theater, it's obvious that Tomlinson didn't skirt away from the sale without dropping some big bucks. Sure enough, E! News has confirmed that the lavish mansion was bought by the 24-year-old A-lister for a grand total of $7.3 million.

The "now sold" multi-million dollar Hollywood Hills mansion was built in 1937 and features a design dominated by Spanish inspiration, marrying the home's classic design with an infusion of contemporary chic. The particular attention to detail found in every foot across the property – from the uniquely curved balustrades to the perfectly manicured palm trees and the oversized French doors to the abundance of private terraces – paints the 1D member's new pad as one of Hollywood's most stylish abodes. 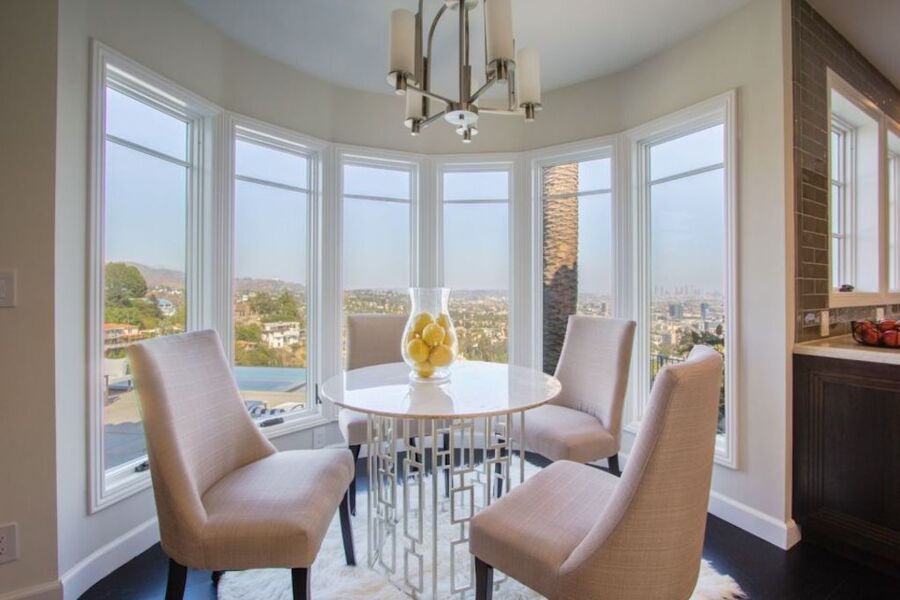 The four-bedroom, six-bathroom property tucked away in the hills is anything but short on space. In fact, Tomlinson's newest purchase is the perfect place to spend time with both family and friends, boasting an infinity pool, its own movie theater and plenty of balconies and terraces to enjoy the scenic views below. The size and security of the property is perfect for new dad Tomlinson, who recently spoke out against the increased paparazzi presence around his son, adding that it takes away his personal time with his child. 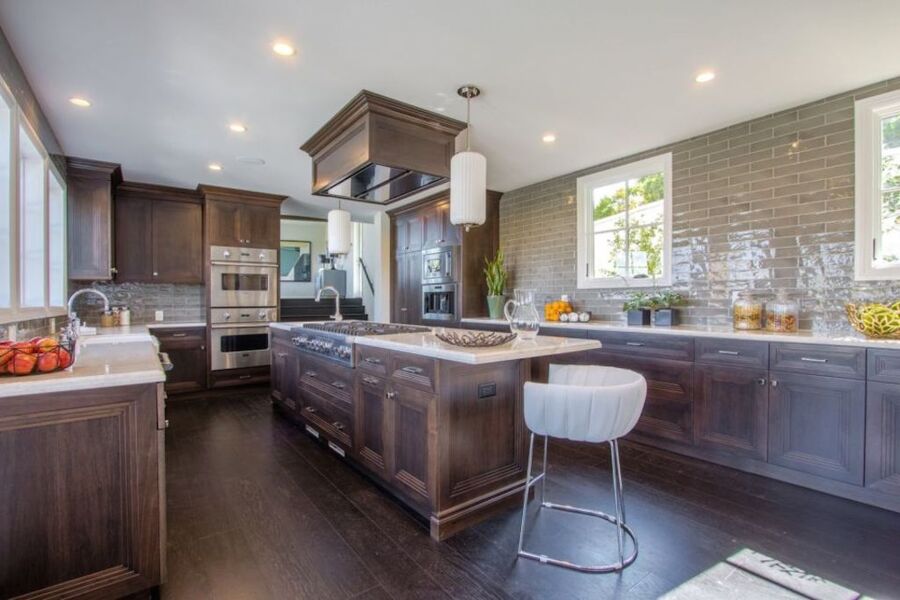 Continuing the theme of large and luxurious, the Tinseltown home comes with a large, contemporary-inspired kitchen complete with marble-topped island, with stunning views across the Hollywood Hills visible through every window. Additionally, the home comes complete with a large in-home movie theater if Tomlinson decides on a night in, as opposed to venturing off into the city below. 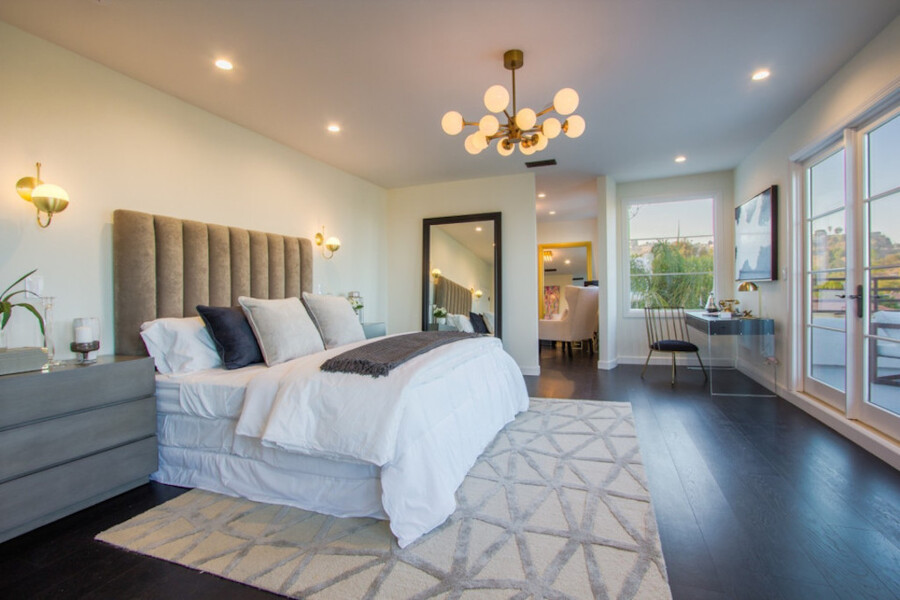 Complete with multiple windows and a large, private balcony, the home's master bedroom accentuates the classic meets contemporary feel, pairing dark wooden floors with royal light fixtures and accents. Another room to write home about? The master bathroom, of course. Not only does it have a relaxing waterfall shower like each of the other five bathrooms, but it also boasts its own balcony with an expansive and relaxing view. 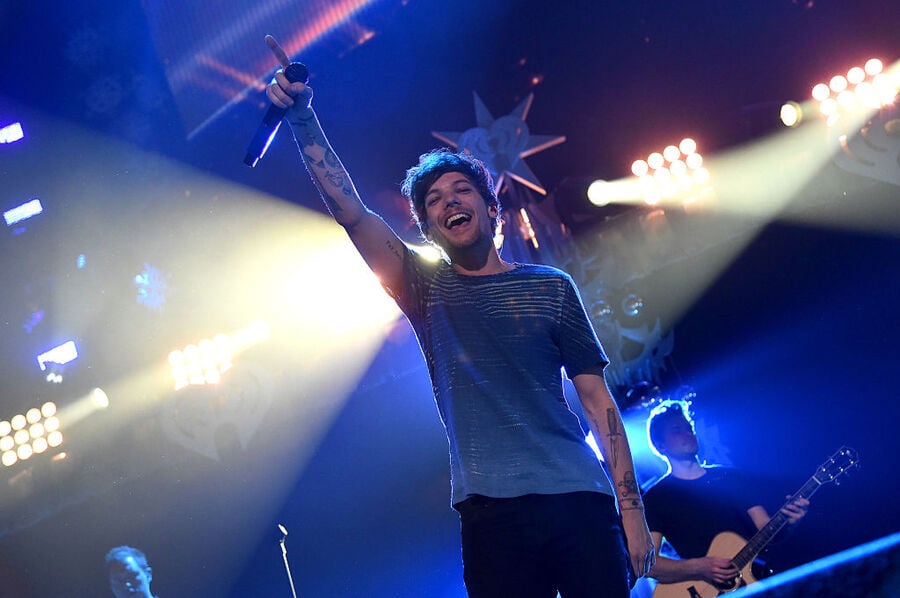 Despite the big purchase, Tomlinson's new home will likely do anything but hurt his wallet. Commanding a net worth of $50 million, the English singer's chance at stardom was realized when he was paired together with Niall Horan, Liam Payne, Harry Styles and Zayn Malik on the UK version of "The X Factor" to become One Direction. While the group went on to finish third in the competition, they have since become one of the most successful acts to ever be born out of the popular competition series. News of Tomlinson's real estate grab up comes as he begins a custody battle over his 10-month-old son, Freddie Reign, with the child's mother, Briana Jungwurth.