Is The Youabian Puma Really Worth $1.1 Million?

By B. George Young on December 3, 2015 in Articles › Celebrity Cars

A lot has been made of the $1.1 million Youabian Puma, which made its official debut at the Los Angeles Auto Show in 2013. Many people have described the luxury vehicle as being ugly, but Dr. Kambiz Youabian doesn't seem to mind. Instead of paying over $1 million for a fancy sports car, the owner and CEO of Youabian Puma Automobiles says the Puma was made for "Someone who already has those cars. They have so much money and are so bored, and just want something. That's the only person who would buy something like this. If someone had a choice between this and a $1 million Ferrari, of course the Ferrari would be number one."

Some have also called this luxury vehicle too large for the road; it is 20 feet long and 7.75 feet wide. "I had designed this originally as a sports car," he said. "Once people told me they were tired of sports cars, that's when I changed this to a 'monster truck' car." The Doctor said that he drew the original design on a piece of loose paper. He later consulted designers and builders to make his dream a reality. Youabian said that he has always liked the word Puma. "I wanted a name that was easy to say and catchy. I also like the animal. They're very exotic. They have a look to them that makes you fear them. With this car, I wanted it to feel like you own the road." 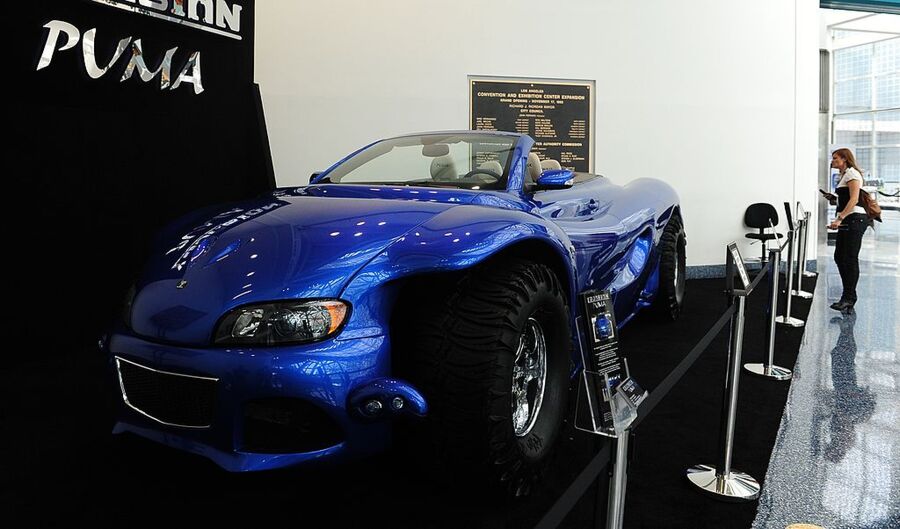 While he is not designing and defending luxury vehicles, Dr. Youabian works as a physician and also sells medical equipment. He said that his vehicle is very much an attention getter on the road, and he worries that people are going to have accidents from taking too many pictures of it while driving.

The reason the Puma goes for $1.1 million is that Youabian claims it takes a long time to build, stating that "everything is hand-built- a lot of man hours." He wanted to open his own car dealership in Los Angeles where the Puma is made, but has not been able to produce enough vehicles to make it worth it. 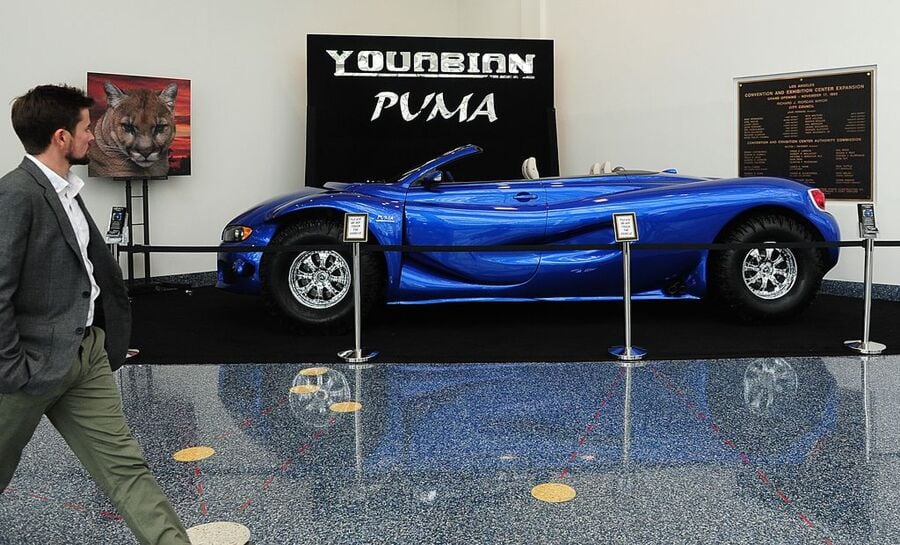 In fact, so far only four Pumas have been made. One sold to a customer in Japan, another in China, and another in the Middle East. The fourth Puma is currently available for sale. The Youabian Puma uses elements from many other vehicles and blends them together. It takes its headlights from the Volvo C70, its taillights come from the Buick Enclave, and its 7.0 liter V-8 engine is the General Motors LS7 used in the Chevrolet Corvette Z06. This hardtop convertible can go from 0 to 60 miles per hour in 5.9 seconds and has a six-speed automatic transmission. The rear-wheel drive Puma gets 14 miles per gallon in the city and 22 mpg on the highway. Its top speed is electronically maxed out at just 95 mph.

The Youabian Puma weighs 6,800 pounds, which is comparable to a Hummer H2. Dr. Youabian seems to be somewhat of a mad scientist, and you have to wonder what kind of vehicle he will come up with next. He continues to defend his Puma and threatened to sue a car website after they called his creation "the most ridiculous car at the LA auto show".  Whether you love or hate his Puma, he has gained lots of attention and has made millions of dollars, even if he has only sold three of them.