By Brian Warner on February 26, 2021 in Articles › Celebrity Cars

Hans-Peter Wild is a multi-billionaire. And like any respectable multi-billionaire, Hans-Peter owns an extremely amazing yacht. Hans-Peter's super-yacht is called "Go". Go is a unique yacht for several reasons. First, it's mostly painted in an eye-catching turquoise blue. You don't see that often. Second, the 250-foot yacht features an array of incredible onboard amenities. Go has an onboard helipad, swimming pool, steam room, gym… and even a hospital. If you need to make a quick beer run, a 40-foot section of the side of the boat opens like a garage door to launch a 32-foot mini version of Go that's called the "limousine". The mini-yacht is also turquoise. The estimated cost of construction? $100 million.

Launched in 2018, Hans-Peter keeps it primarily in the Caribbean… where I hope he also keeps a strong insurance policy!

On the morning of February 24, a guy named Tom Polo (or at least, that's his YouTube username) was having a lovely breakfast (eggs Benedict, according to his YouTube description) at the Sint Maarten Yacht Club on the island of Saint Martin. As Tom took in the gorgeous crystal clear waters of Simpson Bay, this happened:

According to Tom's YouTube description, this was actually the SECOND time in a few minutes Go crashed into the yacht club's pier and docks. Apparently the yacht's computer system malfunctioned, sending the automatic navigation into haywire mode.

Here's another view of the crash from a different angle:

Fortunately, even if Hans-Peter Wild isn't fully insured, with a net worth of $3 billion I'm sure he can afford to cover all the damage his lil yachty caused.

How Did Hans-Peter Wild Make His Fortune?

I'm glad you asked because it's a really interesting story.

In 1931, a decade before he was born, Hans-Peter's father Rudolf Wild founded a natural food ingredient company that he initially named Zick-Zack Werk. After a few years of operating, he renamed the business WILD and moved operations to Heidelberg, Germany. WILD found early success in manufacturing ingredients for non-alcoholic natural beverages. Juices, basically.

WILD soon specialized in manufacturing the ingredients which would then be used by other companies to make everything from ice cream to drinks. WILD was just like a drop-shipper for other brands.

In the mid-1960s, WILD invented an innovative system where the drink liquid could be injected by assembly line machines directly into awesome little plastic pouches. This made mass-manufacturing exponentially easier.

In 1967 WILD – by now one of the world's largest natural ingredient companies in the world – decided to jump into the business of making their own drink brand. Obviously, whatever they came up with would be injected into the company's awesome little plastic pouches.

After two years of product research and testing, in 1969 the company was satisfied with a set of ingredients for their new fruity drink brand. When brainstorming potential brand names, a long-forgotten brilliant marketing person imagined sipping the drink on a sunny day while relaxing on an Italian island. Tapping into that emotion, they landed on the name Capri Sonne. "Sonne" is the German word for sun. So perhaps you know the brand better as…

While WILD was creating what would arguably become the greatest drink of all time, Hans-Peter was not actually working for the family business. Prior to finally joining WILD in 1974, he earned an undergrad degree, a law degree, a business degree and a PhD. He then spent four years working in the shipping department of a company called Diersch & Schroder.

Hans-Peter landed at WILD in 1974 with the explicit goal of turning Capri Sun into a global brand.

It took about twenty years, but he Hans-Peter achieved that goal. By 1991 Capri Sun was the market leader in Europe for non-alcoholic natural beverages.

In 1994, Capri officially became the market leader in the US for the first time. 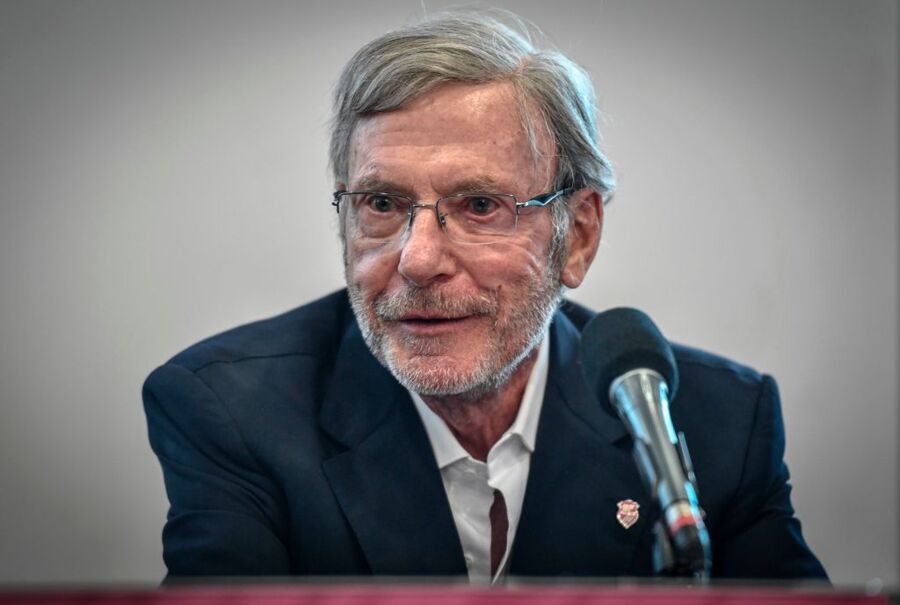 Hans-Peter took over as Chairman and CEO of Wild upon his father's death in 1995. The company's global dominance continued for another two decades.

Hans-Peter earned $2 billion from the sale. The remaining $1 billion went to his mother and some siblings.

The one brand that did not come with the sale to ADM? Capri Sun.

At some point years ago, Capri Sun was spun-off as an independent company. Today Hans-Peter privately owns 100% of Capri Sun through his Swiss-based Capri Sun Group Holding. Though, technically, the company is somewhat more of a licensing firm. For example, Capri Sun is exclusively distributed in North America as a partnership with Kraft Heinz. In most of Europe, the drink is distributed by Coca-Cola. In Mexico, Mondelez. In Japan, the Ezaki Group. Etc.

So there you have it. Today you learned that Capri Sun earned someone enough money to own a turquoise yacht with a helipad. He also owns a professional rugby team. But more importantly he owns a $100 million yacht that I like to think is stocked with an ungodly amount of Capri Sun.

Oh and one more thing – I had an idea for Hans-Peter:

If the lower compartments of "Go" are flooded, I suggest sticking a giant straw in the bottom to suck it all out. Definitely more efficient than trying to suck it out from the top.