By Paula Wilson on September 27, 2012 in Articles › Celebrity Cars

Will.I.Am, also known as William Adams, began performing while he was in eighth grade, and four years later, he was signed to Eazy-E's label.  By 1996, the members of the Black Eyed Peas, then known as the Black Eyed Pods had formed a cohesive trio, and subsequently released two albums, one in 1998, and the next in 2000.  However, it was not until the release of their third album, "Elephunk", that the Black Eyed Peas truly arrived.  With the addition of singer, Fergie, the group established themselves as a funky quartet with an innovative sound.  In amongst his work with the Black Eyed Peas, Will.I.Am has also recorded multiple solo albums, produced tracks for a range of artists, including Michael Jackson, Justin Bieber, Britney Spears, U2, and Bone Thugs-n-Harmony, and purchased a one-of-a-kind car from West Coast Customs. 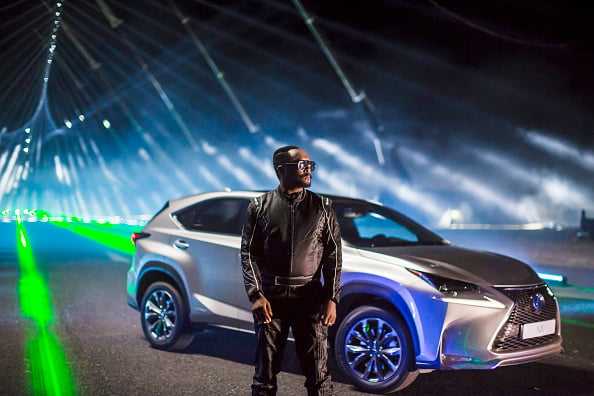 Will.I.Am's car cost $700,000, and is a cross between a DeLorean and a Dodge Charger.  Go ahead and try to wrap your brain around that Frankenstein-like combination.  The rather chunky white luxury vehicle, a prototype, was actually "misplaced" briefly, earlier this summer, when he gave the keys to the valet staff outside of Bardot .  Later in the evening, after leaving the release party he was attending, Will.I.Am discovered that the valet was gone… and so was his car.  It was reportedly returned to him the next day, but there was very little information as to what had prompted its disappearance in the first place.  The DeLorean, a car produced in Ireland in the late 70s and early 80s, had very little actual sales success.  However, its appearance in the "Back to the Future" franchise turned it into one of the most recognizable vehicles in recent memory.  The Dodge Charger, a rear wheel drive, four door sedan, is basically a sports car for people with kids.  Judging by the fact that the erstwhile thieves actually returned Will.I.Am's vehicle, they may have decided that the combination was just a little too weird.