By Paula Wilson on November 25, 2013 in Articles › Celebrity Cars

Aaaaahh, will.i.am.  He has never met a reality competition show he was unwilling to appear on, and he has never purchased a regular car.  The music artist was taught by his mother early on that conformity was overrated, and he has seemingly carried that lesson with him, musically, and aesthetically, ever since.  He formed his first band when he was in middle school in the late 80s, and by the early 90s, they'd signed with Eazy E's Ruthless Records.  Their first album was never released due to Eazy E's death.  After a line-up and band name change, The Black Eyed Peas were signed to Interscope Records.  Their first two albums were moderately successful, and will.i.am's solo debut, "Lost Change", also earned solid reviews.  However, it was the 2003 release of "Elephunk", which featured female singer, Fergie, that catapulted the group to worldwide fame.  The album was a massive success and went multi-Platinum in nine countries.  It has sold approximately 8.5 million copies to date.  He has since released three more wildly successful albums with The Black Eyed Peas, as well as four solo studio albums, including 2013's "#willpower".  In addition to his music career, he has also appeared on multiple reality singing competition shows as a judge and/or mentor, including "The X Factor", "American Idol", "America's Got Talent", and "The Voice UK".  It's become a cottage industry for him.  He has also become well-known for his taste in vehicles – which runs entirely towards bespoke and odd.  Most recently, he appeared in a rather indescribable matte-blue custom creation. 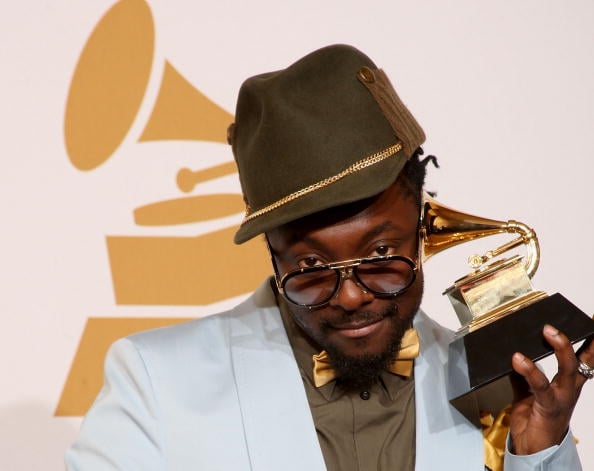 will.i.am's car was built by The Garage and West Coast Customs.  He attempted to launch his own car line, called IAMAUTO, last year.  However, plans were shelved after his custom DeLorean, the first of his IAMAUTO vehicles, was impounded.  It was not an auspicious beginning for his line.  His new vehicle, which looks a bit like the kind of car my brothers and I used to build from left over model car parts, is based on the body of a 1958 Volkswagon Beetle.  From there, it branches off into a world all its own, which includes the aforementioned matte paint job, a red leather interior, customized wheels, and grille work straight of "Batman".  The car cost $900,000.  Here's hoping this one doesn't get impounded, too.