We have attempted to go to the ends of the earth to bring you the latest news surrounding celebrities and their cars. This week, celebrities have been buying, selling, replacing, and customizing their cars so let's take a closer look.

This week, four of Floyd Mayweather's expensive luxury cars were burned badly when a trailer transporting them caught fire. The driver was transporting the cars from Las Vegas to Miami when it caught on fire near Phoenix in the early morning hours. The fleet of vehicles was shipped through Floyd's car guy, Obi Okeke at Fusion Luxury Motors. He lost his beloved Jeep along with a Bentley and a pair of Rolls-Royces. Floyd is already working on getting a new custom Avorza Jeep which "is going to be even crazier than the one he already had."

Seattle Seahawks defensive end Cliff Avril has added to his impressive car collection this week. He already had a matte black Mercedes-Benz G63 and has added to his all-black collection with a Ferrari 458 Spider and a classic 1972 Chevrolet Chevelle SS. Avril says his first car was a Mazda Protégé. "I saved up enough money to put some 17s on it. Got it lowered, added exhaust tips… Haha, I thought I was doing my thing on it." 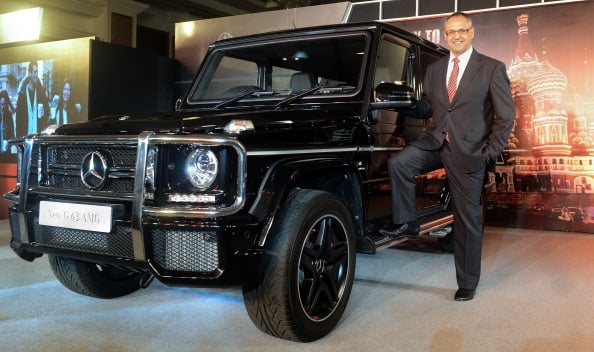 Bam Margera is selling his Lamborghini Murcielago Roadster in order to buy a very expensive guitar. Margera has already sold a Gallardo and now he is parting ways with his Murcielago to help a friend find a 1958 Black Beauty Gibson Les Paul, which can go for more than $300 thousand.

Horacio Pagani recently purchased a blue Porsche 918 Spyder for his personal collection. The head of Pagani chose a Sapphire Blue Metallic paint job and a Weissach Package for his 918 Spyder.

Country music star Jason Aldean is on tour and a tractor trailer carrying a lot of his gear lost control on a highway and flipped completely over. The driver only suffered minor injuries and Aldean's gig got delayed by one night. This week Khloe Kardashian is in the news for taking her Range Rover to West Coast Customs and having it wrapped in velvet. Rapper The Game took his orange 4×4 Jeep and had it customized with off-road lights and infrared projectors.