We have attempted to go to the ends of the earth to bring you the latest news surrounding celebrities and their cars. This week celebrities have bought, wrecked, tested, modified, and stopped their cars so let's take a closer look.

We previously brought you the story of Floyd Mayweather turning his Ferrari for a quick profit and some of the crazy requests his potential buyers had. This week Mayweather has announced that he would be buying a super rare sports car worth $4.8 million. There are only three Koenigsegg CCXR Trevita's in existence and Floyd wants one of them and has already started the wheels in motion to get what he wants. 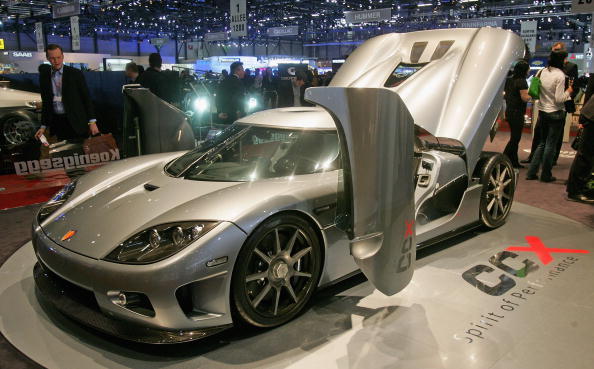 Mayweather made the top two stories this week when he almost got ticketed by the police. Money and his entourage were driving down Hollywood Blvd. in L.A. He was driving his Bugatti and decided to stop in the middle of the street to acknowledge the crowd of onlookers. Local cops told him to keep moving or he would be ticketed and his car would be impounded. Mayweather responded by saying "It's not like I can't afford it". Floyd did end up moving the car and no harm was done.

Earlier this year NBA Hall of Famer Kareem Abdul-Jabbar underwent quadruple bypass surgery at the UCLA Medical Center. This week he went back to UCLA for a follow up visit and ended up getting into a minor fender bender. Kareem escaped with front end damage and no injuries and was even sporting his Lakers jersey.

Singer Chris Brown has been transforming his Aventador LP700-4 into what is being called "The Dark Knight". His supercar was originally orange but he had it changed to matte black by DH Wraps. He added a body kit by Misha Designs featuring 18 karat gold Forged SV59-D wheels.

This week plenty of celebrities were seen behind the wheel of brand new cars. Ashley Tisdale was seen getting into her new Range Rover in Beverly Hills, CA. Kourtney Kardashian was also seen in Beverly Hills driving her brand new Cadillac Escalade. Christina Millian was spotted driving a new Lamborghini Huracan although there was some speculation it was a rental. Nigerian producer and artist David Adeleke, or Davido, added a Porsche Panamera Turbo S to his luxury car collection. Speaking of Chris Brown, his ex Karrueche Tran was seen driving a new Mercedes-Benz G63.

Tennis star Maria Sharapova is a brand ambassador for Porsche and recently took a new Boxster Spyder out for a spin. The Russian beauty said that she "needs to get one" of these luxury cars. The Porsche Boxster Spyder will feature a 3.8 liter engine with 375 horsepower. It has a top speed of 180 miles per hour and can go from 0 to 62 mph in 4.5 seconds. If it only came with Maria in the passenger's seat!

Prince Harry is used to flying an Apache gunship helicopter but this week he ventured out to the Goodwood Festival of Speed for a military charity event. The Prince helped to raise awareness for injured ex-servicemen. While there, he drove a 1964 Aston Martin DB4 as well as a Jaguar F-Type coupe.