We have attempted to go to the ends of the earth to bring you the latest news surrounding celebrities and their cars. This week celebrities have bought and upgraded their cars so let's take a closer look.

DJ and producer Deadmau5 has become known for his luxury car collection and this week he added a Lamborghini Huracan with a Nyan Cat wrap that is being called a Purracan. This car goes with his Purrari which is a Ferrari 458 with a similar wrap. Deadmau5's customized wrap was made by Sekanskin and he also got custom badging and the brake calipers painted pink. This car has a V10 engine with 602 horsepower. It can go from 0 to 62 miles per hour in 3.2 seconds and has a top speed of 202 mph.

Roger Sterling claimed that you know that you've made it in the advertising business when you can afford a brand new Cadillac. Don Draper's 1965 Cadillac Coupe de Ville from Mad Men is now up for auction and is going for about $25,000 online. The car is for sale at Screenbid.com so it will be interesting to see how much it goes for.

Hector Olivera was recently traded to the Atlanta Braves and now he has something to ride to the clubs in. Olivera signed a $62.5 million contract with the L.A. Dodgers before he was traded and he spent $60 thousand on a Mercedes Benz sprinter van. He took the van to Alex Vega who works at the AutoFirm in Miami, Florida and spent $250 thousand on improvements.  Olivera had two 50 inch flat screen TVs put in along with a bar, two leather reclining seats, and a bench. 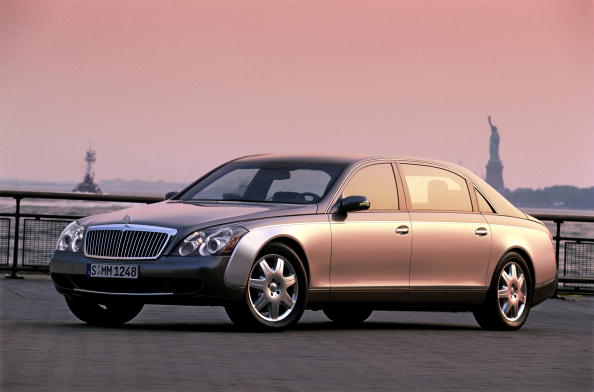 Chris Brown became the first celebrity to buy the new Rezvani Beast luxury car which starts at $165,000. The car is made of pure carbon fiber and goes from 0 to 60 mph in 2.7 seconds. The car has 500 horsepower and uses 3D printing for some of its parts.

Professional boxer Adrien Broner just got paid $1.3 million for his loss to Shawn Porter and he didn't waste any time spending his money. He went out and bought a brand new Mercedes Benz as well as a new Maybach. He is scheduled to return to the ring in October for more money.