By B. George Young on September 3, 2015 in Articles › Celebrity Cars

We have attempted to go to the ends of the earth to bring you the latest news surrounding celebrities and their cars. This week celebrities have been buying, selling, and crashing their cars, so let's take a closer look.

Sammy Hagar used to be the lead singer of Van Halen and has also been successful as a solo artist. Now Hagar "can't drive 55" in his brand new "cappuccino" colored Ferrari LaFerrari that also has a black interior. Sammy had to wait for this car to be ready, but says it was worth the wait and the money. 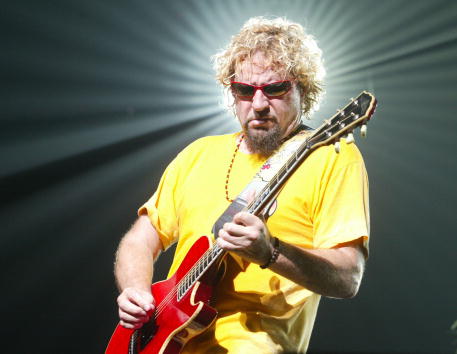 Mark Webber is a professional race car driver so fast cars are nothing new to him. He took the opportunity to purchase himself a Porsche 918 Spyder for his 39th birthday. He got a special one-off model labeled #605, which features a red and white exterior and a black interior.

Poulter Gets His Ferraris

Last year pro golfer Ian Poulter took a trip to Maranello to order and design his newest Ferraris and he has finally received them. Like Sammy Hagar, Poulter also got a LaFerrari as well as a yellow 458 Speciale Aperta which finishes off his collection of five supercars.

Dyrdek has decided to sell his Ferrari F12 and is now going for a Ferrari 488 GTB that has a V8 Twin Turbo engine with 661 horsepower. His F12 is now available for purchase at Ferrari Beverly Hills.

Blac Chyna is apparently tired of all the talk regarding Tyga and Kylie Jenner's new cars. She just purchased a black Audi R8 Convertible that starts at $130 thousand. Chyna's former Mercedes G Wagon went to Tyga who let Kylie Jenner drive it, but now the drama appears to be over.

Rapper T-Pain might need an auto-tune up this week after he wrecked his Aston Martin. He was going straight through a light which a witness says he jumped the gun and hit a driver turning left at the intersection. There were no serious injuries or citations issued, but the damage was still done.

You may not have heard of rapper Young Dro but he is still making headlines. It turns out he got an employee of the Pink Pony strip club arrested for weed and having an illegal gun near Atlanta. Dro reportedly asked to borrow her Cadillac and she said yes, if he picked her up after work. When he bailed on her, the waitress and the cops both showed up and found a big bag of weed in the back seat of the car. The young lady was arrested for a stolen vehicle and drug possession and then filed a report against Young Dro.