Victoria Beckham has proven that there is life after pop stardom.  She burst onto the collective consciousness as one part of the cultural phenomenon known as he Spice Girls.  Nicknamed "Posh Spice", by the British press, the singer quickly gained legions of fans, and her pouty poses and fashion choices were mimicked by girls and women the world over.  Though the "Girl Power" fabulousness of the Spice Girls ultimately faded away as so often happens with pop groups, Victoria Beckham managed to launch an appreciable solo career.  Four UK Top 10s proved her popularity separate from the Spice Girls, and helped her create an identity of her own.  However, it proved to be in the world of fashion that "Posh Spice" has been able to have the most lasting influence.  Her clothing choices were always debated ad nauseum in the British press, so it only seemed natural for her to parlay this fascination with her personal style into a career.  She has designed her own denim line, a line of jeans for Rock & Republic, a line of sunglasses, a perfume, and a line of handbags and jewelry.  She regularly appears in lifestyle magazines wearing the latest designer rags, and has penned a bestselling fashion guide.  She has also served as a judge on multiple fashion-related reality shows, including "Project Runway" and "Germany's Next Top Model".  Oh, yeah, and she's married to soccer star/underwear model, David Beckham, and they have four impossibly photogenic children.  That's certainly not shabby.  Neither is her most recent car purchase, a Jaguar XJ, made possible by the fact that she and her husband have a combined worth of 125 million GBP. 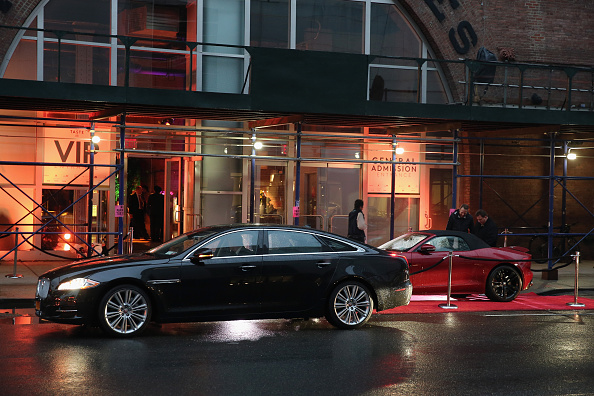 The Jaguar XJ has become quite popular with celebrities recently.  It's become the car famous people drive when they're not in their SUVs with their kids.  The first iteration of the Jaguar XJ went into production in 1968, and since then, the full-size luxury car has gone through a range of redesigns and upgrades.  The most recent version, released in 2009, exhibits extensive changes to the exterior design, and has very much updated the look of the car.  It was always a very high-quality vehicle, but the current design gives it a modern vibe that it was previously lacking.  It runs on a 5.0 L 510 PS supercharged Gen III V8 engine, and features an all LCD dashboard, a state-of-the-art video and audio system, a full-length sunroof, and eight-speed automatic transmission.  The car can go 0-60 in 5.7 seconds, and has a top speed of 155 miles per hour.  Depending on your preferred bells and whistles, the XJ currently sells for anywhere from $70,000 to $145,000 US.  Victoria Beckham's Jaguar XJ is completely black, right down to matte black Jaguar logos.  So, it's safe to say that her vehicle sold at the higher end of that scale.