Usher's Car: A Luxury Vehicle Placeholder for an Even More Lux Vehicle

Before Usher had even completed high school, his debut album had sold 500,000 copies.  His second album, "My Way", was released the year he turned 19.  It was a massive success, spawning a #1 single, and going multiple times Gold and Platinum.  The album has remained popular to this day.  Since then, he has released a steady stream of successful albums and tracks, including "8701", "Confessions", "Here I Stand", "Raymond vs. Raymond", "Versus", and "Looking 4 Myself".  He's won 84 major music awards including 8 Grammy Awards, and he's had 14 Top Ten songs in the US, eight of which were #1.  In addition to his very successful music career, he's also had a better than average film and television career, appearing in guest starring and supporting roles in such projects as, "Moesha", "The Faculty", "She's All That", "Light It Up", "In the Mix", and "Killers".  This year, he is making a return to television as one of the new judges on the very popular singing competition show, "The Voice".  Word on the street is that he is taking his judging/mentoring duties very seriously, and it will be interesting to see how well he works with fellow judges and mentors Adam Levine, Blake Shelton, and Shakira.  "The Voice" live shows are about to begin, so Usher took a moment in February to visit Mercedes-Benz in order to take a closer look at the Mercedes-Benz SLS AMG supercar they are building for him.  He was even allowed to help with the engine build.  While waiting for his custom car, he is driving around in another Benz.  His current vehicle is a Mercedes-Benz CLS 63 AMG. 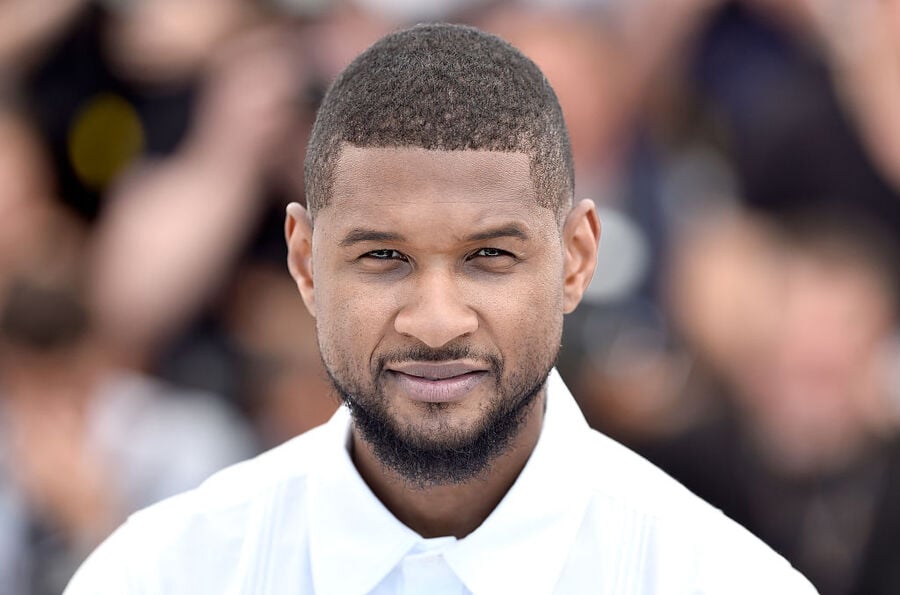 The Mercedes-Benz CLS 63 AMG is part of the CLS series, which went into production in 2004.  The CLS 63 AMG is an executive sedan and the latest generation is powered by a 5.5 L V8 biturbo engine that produces 518 horsepower.  With the AMG Driver's Package, the vehicle has a top speed of 300 miles per hour.  The car comes with a number of special features including AMG RIDE CONTROL suspension, 360 mm ventilated/perforated brake disks, triple-spoke light-alloy wheels, LED headlamps, aluminum doors, dual twin chrome tailpipes, and a black piano lacquer interior.  It is currently priced at around $70,000.  As for Usher's custom SLS AMG, the price is a secret.  However, it's a pretty safe bet his new car will be one precious piece of machinery.