Check out Tyga's car! Rapper Tyga is making his way up to the hip-hop stars thanks to the recent success of hit singles like "Rack City." And he's decided to ride in style just like his rapping counterparts in an Audi R8. There's one caveat, though – he's blessed the car with a pretty garish gold pain job and an interior made out of cashmere. Some are calling these modifications "hideous" and "ugly" but I guess somebody likes the way Tyga's car looks, even if that somebody is pretty much Tyga and his friends. 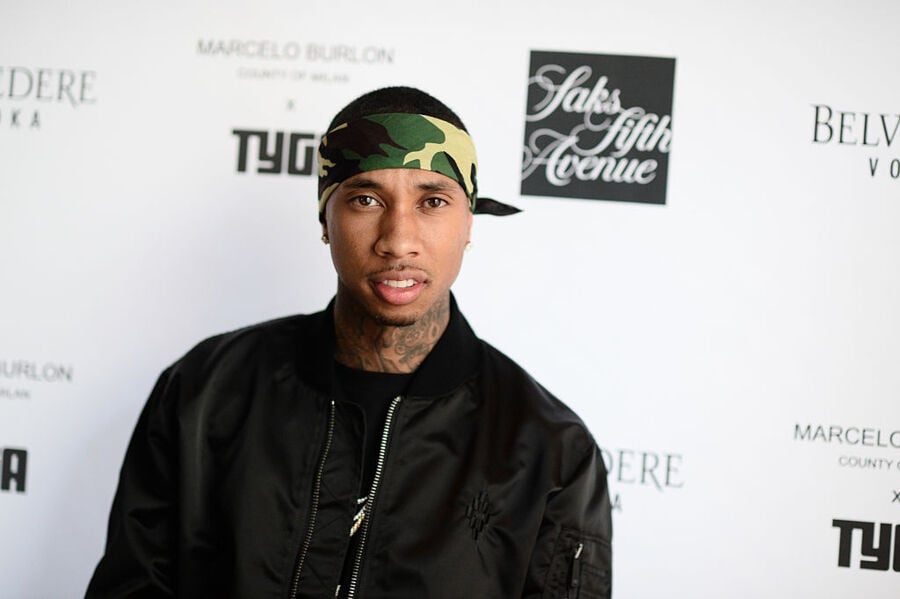 Regardless of which model Tyga opted to wrap in gold and cashmere, it's safe to say he spent AT LEAST $100,000 on the car, which doesn't even begin to include those controversial modifications. Tyga says he went with the gold R8 to reflect his creative personality, and also as a link to the themes of royalty and luxury inherent in his music. And if Tyga's success keeps up at the present rate, we're going to see plenty more cars added to his collection over time.

The Audi R8 is a popular car among rappers and other celebrities, in addition to motoring enthusiasts, probably because of its origins as a race car before its unveiling in its present street legal incarnation. Celebrities like Hayden Christensen, Justin Timberlake, and many more have shown a preference for Audi brand automobiles, which has the cyclical effect of making the cars even more desirable on the open marker.

Anyway, Tyga's gold-and-cashmere Audi R8 is just one of many ways the young rapper hopes to distinguish himself from the pack of other rappers in the game. And judging from the response this car has gotten, it's possible he's done his job too well. Would you want to be known as the "ugly car guy" at YOUR job?