By Paula Wilson on October 17, 2012 in Articles › Celebrity Cars

Tyga, also known as Michael Stevenson, first began to make a name for himself in the rap world around 2007.  His debut mixtape resulted in a record deal with Young Money Entertainment.  He released a moderately successful independent album, "No Introduction", in 2008.  His track, "Deuces", co-written with Kevin McCall, and performed by Chris Brown, Tyga, and McCall, netted a Grammy nomination in 2011.  The young rap star has continued to release mixtapes, and his second full-length album, and first studio project, "Careless World: Rise of the Last King, was released in early 2012.  The album has spawned four singles, all of which have made the Billboard Top 100, and one of which reached #8.  His next studio album is set to drop in 2013.  With all of this success, it only stands to reason that Tyga would do what all young rap artists with a record deal and a certain amount of fame do.  He bought a flashy new car. 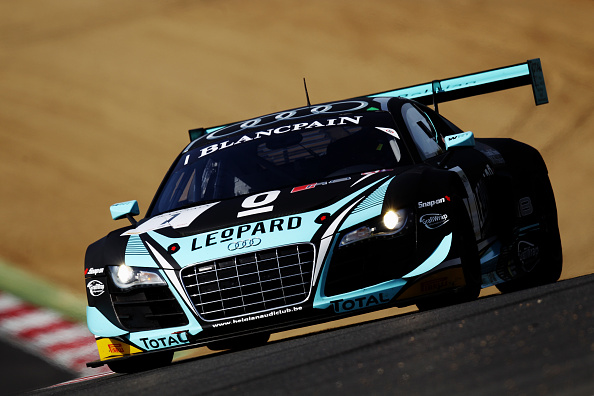 Tyga's car is a custom Audi R8 GT.  He designed the vehicle with Roadstarr Motorsports and it is notable for its amazing paint job.  It is painted almost entirely in a gold chrome, and also features chrome accents, and black matte wheels.  The Audi R8 line went into production in 2006, and like all Audi's, sports the company's world famous quattro all-wheel drive system.  The Audi R8 GT, produced since 2010, runs on a 5.2 liter FSI V10 engine, and features full LED headlights, a navigation system, a Bang & Olufson sound system, carbon fiber sideblades, and Bluetooth-enabled seat belts for hands-free conversation, among many other high end features.  The car retails for approximately $200,000.  Driving it, especially when it's painted in gold chrome, is a definite signal to everyone that you have arrived.