A Truly Unique Pair Of Bugatti Veyrons Will Soon Be For Sale, But You're Gonna Need Deep Pockets!

Luxury car buyers will have the opportunity to get their hands on a truly special pair of cars soon. The first and last Bugatti Veyrons off the production line are going up for auction in California this August. The pair come as a set that is being branded as "his and hers".  The pair of Veyrons are part of a collection of 25 luxury vehicles that are being sold by a multi-millionaire collector and this dynamic car duo is expected to sell for almost $5.5 million!

These two cars have the chassis numbers 001 and 300 which are displayed on commemorative metal plates inside the vehicles. Veyron #001 was made in 2006 and has just less than 750 miles on it. The first ever Veyron has a cream leather interior and is expected to fetch over $2.3 million at auction. Veyron #300 has less than 400 miles on it and was made in 2012. It has an all black leather interior and is expected to go for over $3.1 million. Both of these cars have an 8.0 liter W16 quad-turbocharged engine that has a top speed of 260 miles per hour and can go from 0 to 60 mph in just three seconds. 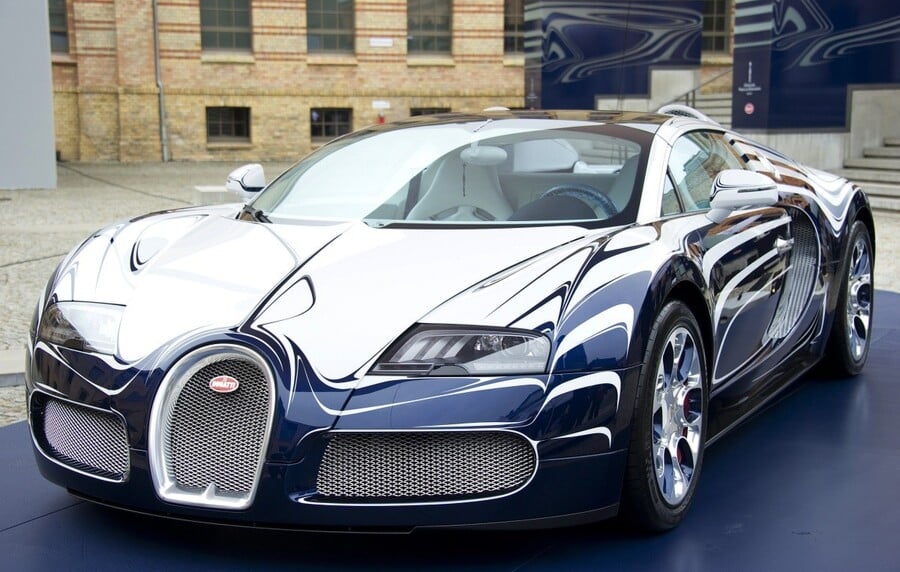 Bugatti Veyrons have been adorned with praise and were named the Car of the Decade by Top Gear as well as Top Gear's Best Car Driven All Year Award in 2005. The Veyron also held a Guinness World Record for being the fastest street legal production car in the world. This luxury car was named after Bugatti development engineer, company race driver, and test driver Pierre Veyron who won the 24 hours of Le Mans in 1939.

Celebrity owners of Bugatti Veyrons include Jay-Z, whose Veyron was a $2 million present from Beyoncé, Drake, Simon Cowell, and Lil Wayne. The Veryon will be replaced by the brand new $2.5 million dollar Bugatti Chiron which will be available sometime in 2016.