By Paula Wilson on December 20, 2012 in Articles › Celebrity Cars

Some people just seem to have the Midas Touch.  Theo Paphitis is one of those people.  He started his first business when he was 15, and now he is worth almost $314 million.  After beginning his career in high-end retail, he moved on to commercial mortgages, then set up his own property finance company, and then became CEO of his own mobile communications company.  He then went on to buy out various companies in everything from stationary to lingerie, and increased his wealth with each purchase.  He was tapped to join the second season of the BBC series, "Dragon's Den" in 2005, and has appeared on the entrepreneurship show ever since, gaining a reputation as a straightforward and honest "dragon".  He has also appeared on a number of other British business programs, including his own series, "Theo's Adventure Capitalists" and "Britain's Next Big Thing".  He is a fan of Formula One and owns multiple cars, including a Mercedes SL63 AMG, a Toyota Land Cruiser, and a custom chrome Maybach 62. 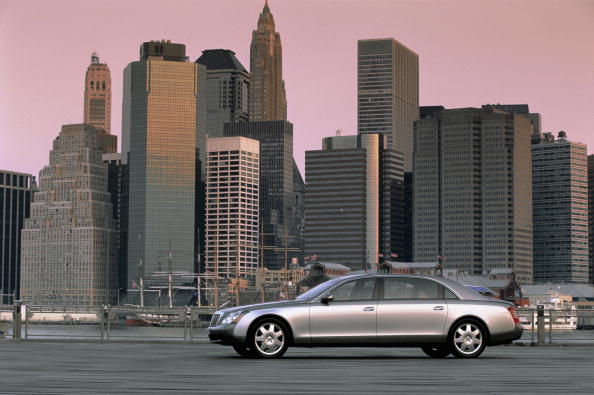 The Maybach 62 is the definition of a luxury vehicle, and includes zone climate control, fully reclining rear seats, laminated glass, folding tables in the back of the car, a BOSE Surround system, DVD navigation, a rear CD changer, a DVD player, LCD screens, remote control, doors that close automatically, and the list goes in.  The car runs on a 6.0 liter V12 engine and can go 0-60 in 4.8 seconds, which is rather impressive for a vehicle that weighs 6,030 pounds.  The car costs just under $400,000, and with Mr. Paphitis' chrome paint job, it probably cost quite a bit more than that.  However, with his business success, $400,000+ is probably pocket change.