Tesla's First SUV Is Just About Ready To Be Delivered

Tesla's Model X SUV is finally here. The company's first foray into the world of SUVs had some self-described problems with its "sculptural" back seats and some thought that the vehicle's debut would be delayed. Now that Tesla has a configuration tool online, everyone is settling down and deliveries of the special Signature Series Model X are set to start in late September.

The Model X Signature Series will be quite a bit more expensive than the regular Model X, with a price tag of $132 thousand. Buyers can use the online tool to customize their paint colors, add extras, and select their wheel and interior options. For an extra $1,000, Model X owners can add a "Subzero Weather Package" that comes with a heated steering wheel, seat heaters, wiper defrosters, and heated washer fluid. A tow package can also be added to the SUV that can haul up to 5,000 pounds. 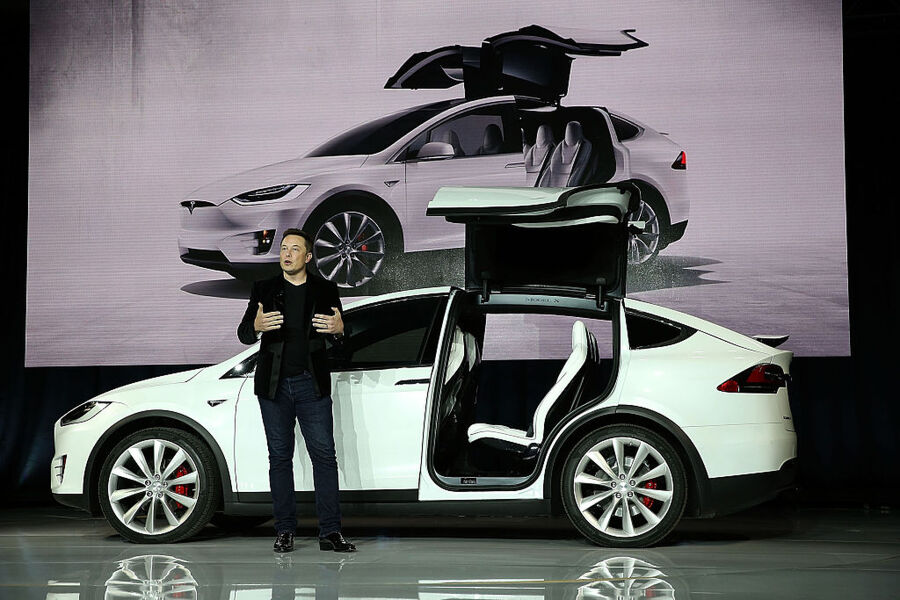 For an additional $10 thousand, buyers of the Model X can add on what is called "Ludicrous Mode" which is an upgraded battery pack and drivetrain improvements that can boost the SUV's speed and allow it to go from 0 to 60 miles per hour in 3.2 seconds. The standard Tesla Model X will come with a 90 kWh battery pack and a single-speed transaxle gearbox.

Other features that Tesla is rolling out with their first SUV include third-row seats for two additional passengers and autopilot self-driving technology. Another interesting feature of the Model X is that it comes with "falcon wing doors." The doors have been modified by Tesla, with sensors that will make sure they don't bang into your garage ceiling. The standard Model X will set you back about $70 thousand.

Tesla's CEO Elon Musk says that the new Model X is an important "transitional vehicle" for the company, and it will help make way for the Tesla Model 3. Tesla has focused their marketing of the Model X SUV towards women, which makes sense considering the vehicle gets good mileage and can fit lots of kids.

More than 20,000 of these new SUVs have already been reserved – buyers of the Signature Series had to be sure they were serious about their purchase, and had put down a $40 thousand deposit. All Tesla vehicles are assembled at the Tesla Factory in Fremont, California. The Model X was designed by Franz von Holzhausen, Tesla's design chief.