Steven Tyler, lead singer of the band Aerosmith and judge on Fox reality singing show American Idol, isn't know for his restraint or subtlety. So it shouldn't come as a surprise that the rock star has blown more that $1.1 million on a new car – and it's what car buffs refer to as a "doozy." It's the very first Hennessey Venom GT Spyder of only five that are coming off the factory this year.

You read that right – Tyler's Spyder is the very first in a series of five. And that's not the only thing that makes it impressive: Steven Tyler's car has a 1,244 horsepower twin-turbo V8 and can reach a speed of 200 miles per hour in just 16 seconds. Also of interest to car buffs is the vehicle's surprisingly light weight: At 2,743 pounds, it has a very impressive ratio of power to weight. As if that weren't enough to justify the $1.1 million base price, the people at Hennessey are claiming that the new Venom GT Spyder could also be the new fastest car in the world. That's yet to be officially certified, but they must have a lot of confidence in their machine to make such a bold claim. 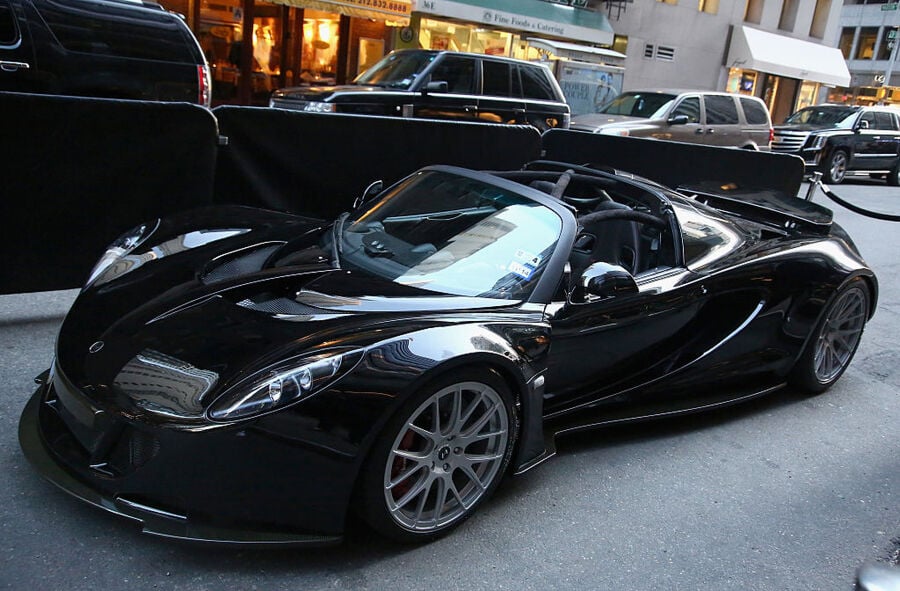 If the Spyder really is going to earn the title of the fastest car in the world, it will have to beat a top speed of 267.857 miles per hour – a record held by the Bugatti Veyron, which is a popular car of choice among rich and famous automobile enthusiasts. If the same fate awaits the Spyder, then all those rappers and other musical competition show judges will have to get in line, since as I mentioned earlier there are only five Spyders coming off the production line this year. So if you're interested in cars, keep your eyes peeled for that definitive top speed run.