By Paula Wilson on November 27, 2012 in Articles › Celebrity Cars

For people who were deep into British theater, costume dramas, or crime series, Stephen Moyer was already a household name.  He'd appeared in a string of successful television projects in the UK, including roles in "Conjugal Rights",  "Cadfael", "A Touch of Frost", "Ultraviolet", "Sunburn", and "Peak Practice".  He'd also performed opposite Keira Knightley, in her first starring role, in the Disney film, "Princess of Thieves".  However, for the rest of the world, it was his performance as Bill Compton, in the highly anticipated adaptation of "True Blood", that put him on the map.  His performance has led to a slew of acting awards and nominations, as well as roles in such films as, "Priest", "The Caller", "The Double", and "The Barrens".  The role also introduced him to his wife, Oscar-winner Anna Paquin.  In other words, it truly proved to be the role of a lifetime.  As the show has shown no signs of slowing down in the ratings, it is fairly safe to say that it will be a role he continues to play for a while longer.  When he is not on set, or with his growing family, he drives around town in an Audi A7. 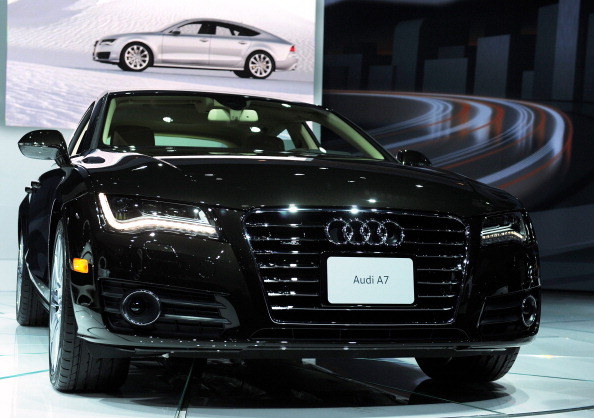 Stephen Moyer's car is a white Audi A7.  He previously owned an Audi A5, so apparently he is working his way through the Audi line.  The A7 went into full production in early 2011, and is the first hatchback Audi has put on the market since the late 70s.  It is most commonly referred to as a 5-door fastback.  The car runs on a 3.0 liter supercharged V6 engine, and has an eight-speed automatic transmission system.  The $58,000 vehicle has won a number of awards, including being named ICOTY's International Car of the Year for 2012, AutoWeek's "Best of the Best" in 2012, and Esquire Magazine's 2011 "Esquire Car of the Year".  Since Stephen Moyer's life seems to be going so excellently, it would stand to reason that he would choose to drive a similarly excellent car.