For much of the last three decades one model from one car brand has consistently dominated the record for most-expensive car sold at auction. There have been a handful of contenders that take the crown temporarily, but from 1989 until today that longstanding record has been dominated by the Ferrari 250 GTO.

Manufactured between 1962 and 1964, the Ferrari 250 GTO is and considered by some car and design enthusiasts to be the most beautiful car ever created. And because there are only 36 250 GTOs left in the world today, they tend to command nose-bleed level prices on the rare occasions they go up for auction.

Here's a Ferrari 250 GTO photographed at the 1995 Concours automobile de Bagatelle in Paris: 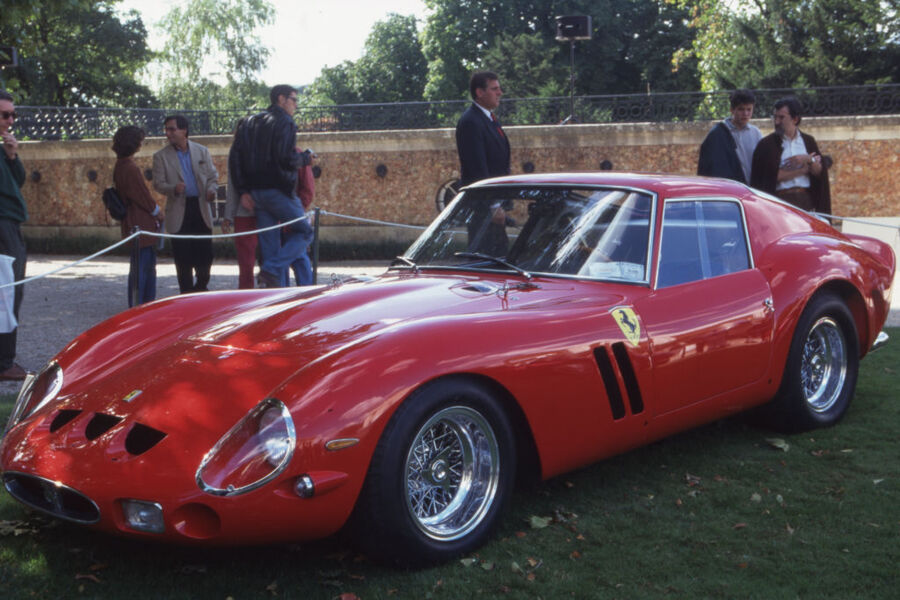 That inflation-adjusted amount held the record pretty much uncontested for the next 23 years until 2013 when a lime green 1962 Ferrari 250 GTO sold for $35 million to telecom billionaire Craig McCaw.

Unfortunately for Mr. McCaw, his record lasted just 16 months. In August 2014 yet another 250 GTO set the all-time auction record. This time the winning bid was $34.65 million, BUT with commissions and auction fees, the final final price paid was $38.115 million.

Whoever bought that 250 GTO held the record until September 2018 when Sotheby's auctioned a 1962 Ferrari 250 GTO, chassis no. 3413 GT. The final price including auction fees?

That record was topped today. And not by a 250 GTO. Not even by a Ferrari. And the record wasn't just broken. It wasn't smashed. It was absolutely destroyed/demolished/vaporized.

The type of car purchased? A 1955 Mercedes-Benz 300 SLR Uhlenhaut Coupe.

The new record-setting price that was paid in the private auction?

Why would someone pay $142 million for this particular Mercedes-Benz? Remember how we said there are only 36 Ferrari 250 GTOs left on the planet? Well, only TWO 300 SLR Uhlenhaut Coupes were ever produced. Two.

Below is a photo I found in Getty Images of a 1955 300 SLR Uhlenhaut Coupe. Since there are only two in the world, there's a 50/50 chance that this exact car shown below is the one that just sold for $142 million: 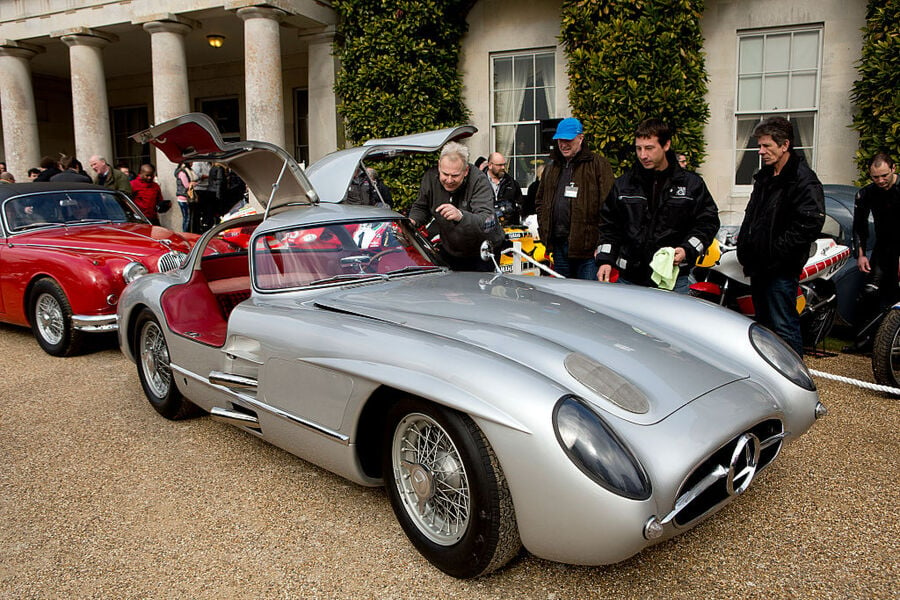 The buyer's identity is not yet known, but we do know who was selling. The seller was… Mercedes-Benz themselves!

The car company conducted the auction at its museum in Stuttgart for a select group of potential buyers.

Nine 300 SLRs were originally produced, but only two were Coupe models. One of the two was driven by the car's namesake, Rudolf Uhlenhaut, the head of Mercedes' test and quality division. The other model was immediately put in storage by Mercedes itself. That's the car that just sold. Rudolf's model was eventually re-claimed by Mercedes and is still housed at the museum.

In a statement, Mercedes-Benz announced:

"The proceeds from the auction will fund a global scholarship programme. With the "Mercedes-Benz Fund" we would like to encourage a new generation to follow in Rudolf Uhlenhaut's innovative footsteps and develop amazing new technologies, particularly those that support the critical goal of decarbonisation and resource preservation. At the same time, achieving the highest price ever paid for a vehicle is extraordinary and humbling: A Mercedes-Benz is by far the most valuable car in the world."