Snooki's Car: When You're Snooki, Everything Has to Be Over the Top

By Paula Wilson on March 4, 2013 in Articles › Celebrity Cars

The whole Snooki phenomenon is really quite strange.  Kim Kardashian's level of fame is odd enough, but Snooki is bit like Kim Kardashian through a funhouse mirror, or on acid.  It's like everything about her is just a bit more over-the-top than you'd expect.  This is probably why she fascinates so many people.  Her meteoric rise to fame as part of the cast of MTV's "Jersey Shore", has resulted in a steady stream of endorsement deals, talk show appearances, and red carpet events.  Her pregnancy, and the birth of her first child, were front page news.  She was also invited to speak at the 2011 Rutgers University graduation ceremony, and has published two books.  Her speech was not particularly well-received, and her books have been relatively unsuccessful, but this has not stopped her.  Her record $150,000 per episode earnings for "Jersey Shore" have made it possible for her to continue to enjoy a lavish lifestyle even though her reality show "meal ticket" is no longer filming.  In February 2013, she sold off a little piece of her "Jersey Shore" memorabilia, when she placed her Cadillac Escalade EXT on the market … on eBay, naturally.

The Cadillac Escalade EXT was launched in 2002, and is a four-door sport utility truck.  It runs on a 6.0 L V8 engine that produces 403 hp, and comes standard with climate control, cruise control, heated seats, 14-way power seats in the front of the vehicle, remote engine start, rear radio controls, a power lift-gate, a steering wheel with radio controls, a CD changer, and a compass.  Snooki's 2011 Escalade EXT has a few modifications, including hot pink wheels, badges, and grilles, leopard-print floor mats, and a black vinyl lizard skin wrap.  The car sold quite quickly on eBay for $77,510, which is about 20% more than a regular non-Snooki-ized 2011 Escalade normally costs.  Her fame may be a mystery, but she certainly knows how to work it. 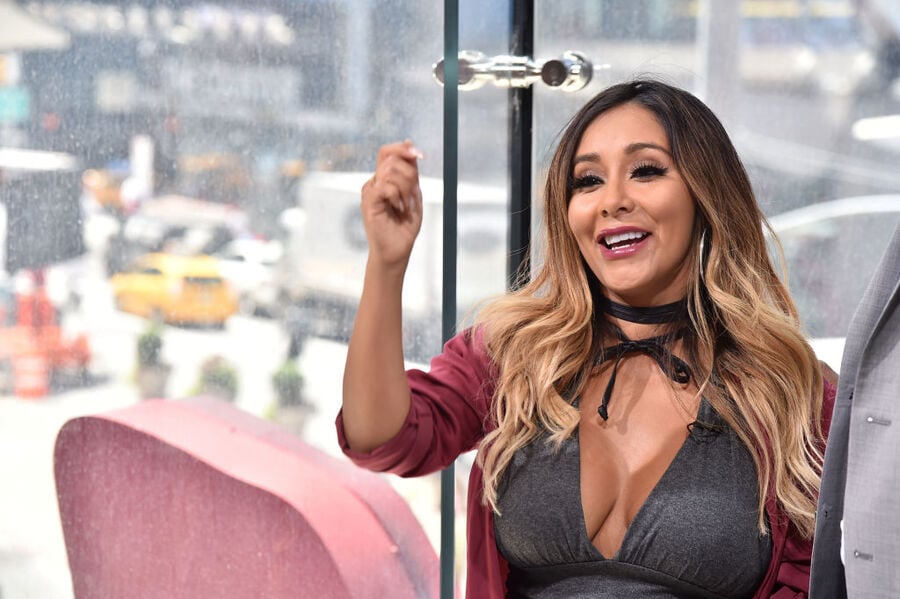