Check out Simon Cowell's car: The former American Idol judge and general reality TV and music mogul Simon Cowell is well-known for his prickly taste in vocalists, but his taste in cars must be equally stringent, considering his well-known taste for expensive luxury vehicles. The most expensive automobile in his collection (made up of several cars) is a black Bugatti Veyron, which has a base price of around $1.7 million!

The Bugatti Veyron is one of the most popular cars among celebrity car collectors (you pretty much have to be rich in order to afford one). With a top speed of 267 miles per hour it's often listed as the second fastest car in the world. I wonder what Simon Cowell's excuse would be if he showed up late for something? Traffic, most likely. And despite the car's high-value price tag, Cowell isn't too protective of it like some collectors would be: He's been photographed entrusting the car to a valet driver at a Beverly Hills restaurant. 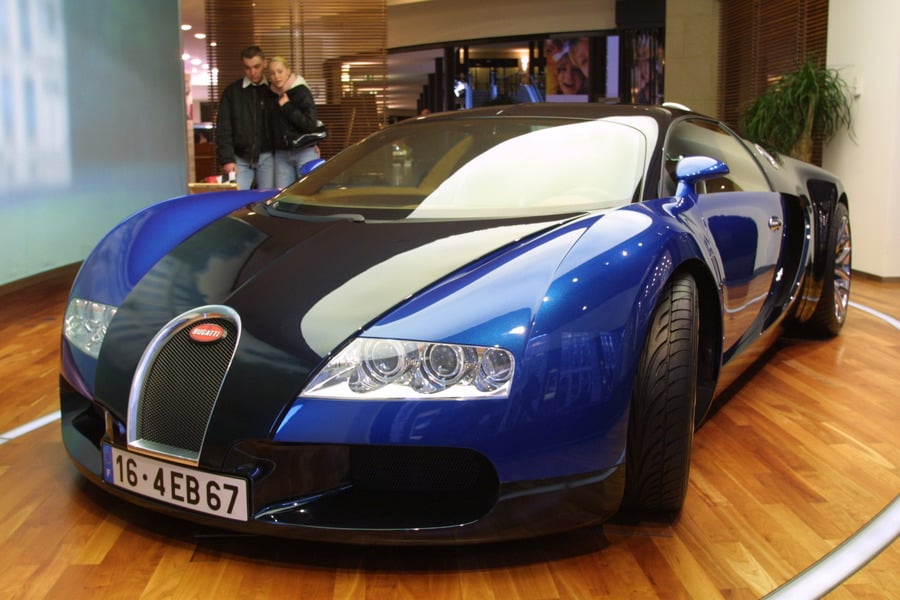 Anyway, Cowell can afford to spend that kind of money on a car, since his career is going fairly smoothly: He's snagged a couple high-profile celebrity judges for his upcoming musical talent competition The X Factor in Demi Lovato and Britney Spears, and he's got plenty of other irons in the fire, like a game show in the UK called Red or Black? that he says has already gotten some interest for an expansion to the United States. The show is Cowell's first created game show, loosely based on the casino favorite roulette (hence the descriptive and appealingly simple title of the show). Like the music-based competitions Cowell is famous for, Red or Black doesn't skimp on the mass-audience-grabbing gimmicks, with loads of celebrity guest stars and music acts many who got their start on other Cowell-affiliated programs like Pop Idol and The X Factor.