Simon Baker was part of the first wave of the Aussie invasion of Hollywood that brought us actors and actresses like Hugh Jackman, Russell Crowe, Naomi Watts, Guy Pearce, Cate Blanchett, Nicole Kidman, Heath Ledger, and Eric Bana, to name just a few.  Already well known in Australia due to a string of popular roles on television, he relocated to the United States in the late 90s, and began appearing in film and television projects almost immediately.  However, unlike his fellow Aussies, his film career did not "blow up".  He played supporting, co-starring, and starring roles in such projects as, "L.A. Confidential", "Ride with the Devil", "Red Planet", "The Affair of the Necklace", "The Ring Two", "Something New", and "The Devil Wears Prada".  However, he found greater success on television, and became a household name based on the strength of his small-screen work.  He starred in multiple shows in the early 2000s, including "The Guardian", which ran for three seasons, and "Smith" which ran for one.  His work garnered multiple award nominations, including a Golden Globe.  In 2008, he was cast in the role that would catapult him to international stardom, as Patrick Jane, on "The Mentalist".  The series, which was recently renewed for a sixth season, has been immensely popular, and he has received Emmy and Golden Globe nominations for his work.  Notoriously shy and low-key, he has very much eschewed the normal trappings of Hollywood fame.  This choice to remain thoroughly grounded is reflected in his car.  Rather than driving the requisite SUV, Simon Baker gets around town in a 1964 Ambassador 990. 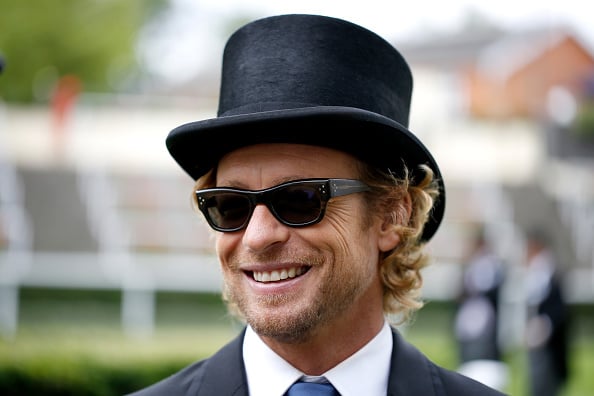 The Ambassador 990 was one of a series of Ambassadors assembled in Kenosha, Wisconsin between 1958 and 1974.  The vehicles were full-size and manufactured by the American Motors Corporation.  The 1964 Ambassador 990 was part of the 4th generation of the Ambassador line.  The vehicles were some of the first to use a "uniside", structure – which utilized outerpanels that were stamped from the same single piece of metal, rather than being welded together.  This made for a much more rigid and stable vehicle, and reduced production costs.  This design later became the industry standard.  The vehicle was powered by a 5.4 L V8 engine.  The 1964 model underwent some minor modifications, including the addition of push-button door handles, a flush-mounted front grille, and a wider range of transmission options.  "Twin-Stick" transmission was introduced with the 1964 model, which had a three-speed transmission that could be altered with an additional gear stick that allowed the driver to shift into overdrive, allowing them to access additional forward gears.  The vehicles currently sell for $10,000 or less, so hit show or no, Simon Baker is clearly disinterested in the trappings of fame.