By Paula Wilson on February 27, 2013 in Articles › Celebrity Cars

Sedrick Ellis is a big man.  The 6′ 1″, 307 pound defensive tackle for the New Orleans Saints, has been turning heads since he was a high school football player.  His ability to bench press over 500 pounds, and his intelligence on the field, had multiple NFL teams circling the young player during his years at USC.  He completed his senior year at USC, and was chosen as a first-team All-American by a unanimous vote.  He was snapped up by the the New Orleans Saints in 2008, and started for them for 13 games during his first year.  His second season with the team, he started and played in 10 games, and netted three tackles during the game that made the New Orleans Saints the 2009 Super Bowl Champions.  He appeared in all 16 games in 2010, and led the team in sacks.  The team has had its ups and downs since then, and the 2012 season was especially rough, as their coach was suspended for a year due to "Bountygate", and their interim head coach was also suspended for the first six games of the season.  The team ended up battling back to a not totally terrible 7-9 season.  However, it was their first losing season in six years, and they were forced to watch the Super Bowl played in their city by two "foreign" teams.  This is probably why Mr. Ellis went out and bought himself a fancy new car.  It's the athlete's equivalent of retail therapy. 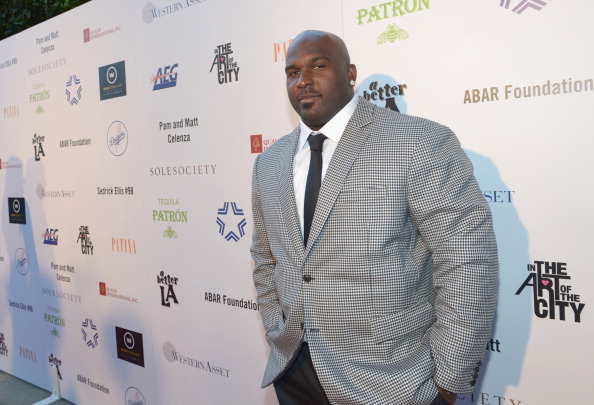 Sedrick Ellis' car is a customized Ferrari California.  He had the vehicle "souped up" by Ultimate Auto.  The Ferrari California is a two-door convertible, and went into production in 2008.  The car runs on a GDI V8 engine that was recently retooled to produce 480 hp.  It can go from 0-60 in 3.8 seconds, and has a brand new handling package, that produces an increased steering response.  Mr. Ellis' Ferrari California includes a reworked sound system, and new Vellano wheels with Pirelli tires.  Recently,  all Ferrari Californias were recalled due to problems with the new engine.  It has a tendency to freeze up, which causes the car to crash.  Having to return his $200,000 customized car seems in line with the frustrations Mr. Ellis experienced throughout 2012.