By Paula Wilson on October 14, 2013 in Articles › Celebrity Cars

Though Ringo Starr is one of The Beatles, he managed to avoid a lot of the crazy scrutiny that dogged John Lennon and Paul McCartney, and to a lesser degree, George Harrison, after the group members went their separate ways.  He enjoyed a successful post-Beatles career, releasing multiple hit singles, including "It Don't Come Easy", "Photograph", "You're Sixteen", and "Back Off Boogaloo", and he has toured with his band, Ringo Starr & His All-Starr Band, successfully for twenty-five years.  In addition to his recording work, he has also enjoyed a moderately successful acting career, appearing on the children's television shows, "Thomas & Friends" and "Shining Times Station", hosting various television programs, and co-starring in such films as "Candy", "the Magic Christian", "That'll Be the Day", "Son of Dracula", "Lisztomania", "Caveman", and "Alice in Wonderland".  He is a well-respected drummer among his peers, and was ranked the 5th "Greatest Drummer of All Time" by Rolling Stone in 2011.  He also appeared in a huge number of documentaries, providing interesting insights into the music industry.  He's done all of this, while managing to remain relatively drama free.  (He may have learned his lesson after the dissolution of his first marriage in 1975 due to his rampant infidelity.)  Since then, he has chilled out considerably, and has quietly become rock and roll royalty, without the baggage that usually accompanies ascension to the rock and roll throne.  Earlier this month, it was announced that a little piece of his history was going to be put up on the auction block.  His 1964 Facel Vega II will be up for auction in December 2013 at Bonham's. 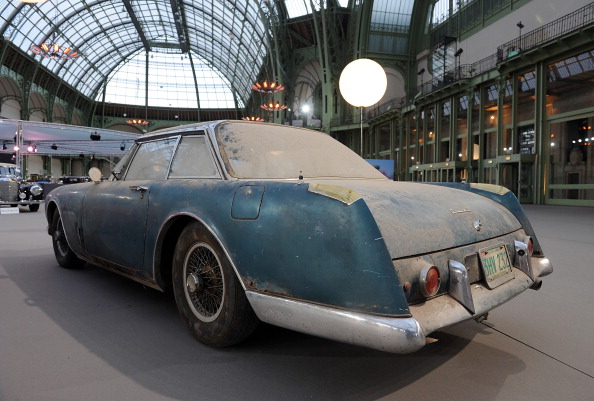 Direct from the factory, the Facel Vega II ran on a 6.3 liter Chrysler Typhoon V8 engine that produced 390 horsepower.  It had an impressive top speed of 150 miles per hour, and was considered THE luxury vehicle with an edge.  Part upscale coupe, part sports car, it was a rock star car through and through.  Ringo Starr's Facel Vega II was customized, and came with an even more powerful 6.7 liter V8 engine.  It was one of only two Vegas made with the stronger engine, and it was only one of only 26 Vegas with right-hand-drive.  Word on the street is that the car, which is in pristine condition, will most likely sell for close to $500,000, if not more.  For rabid fans of The Beatles, dropping half a million dollars on a former Beatles' car is a no-brainer.