Rihanna's Car: A Great Way to Start the New Year

By Paula Wilson on December 27, 2012 in Articles › Celebrity Cars

Rihanna needs some fun in her life right now.  She has had some major ups and downs in her personal life, over the last few years (read: Chris Brown), and she has been recording or touring almost non-stop since 2009.  She also attempted to launch an acting career in 2012, with rather mixed results.  She recently purchased a new home in the Pacific Palisades.  Her mini-villa has a Caribbean vibe that must make her feel right at home.  It is also free of all of the structural issues that nearly destroyed her previous house.  The new abode may be a sign that she is trying to settle down a bit, though her upcoming 2013 tour will make that nearly impossible.  Her friends in the music business must have felt like she needed a bit of holiday cheer, because Jay Z and Kanye West sent her a very nice Christmas gift.  They bought her a Porsche 911 Turbo S. 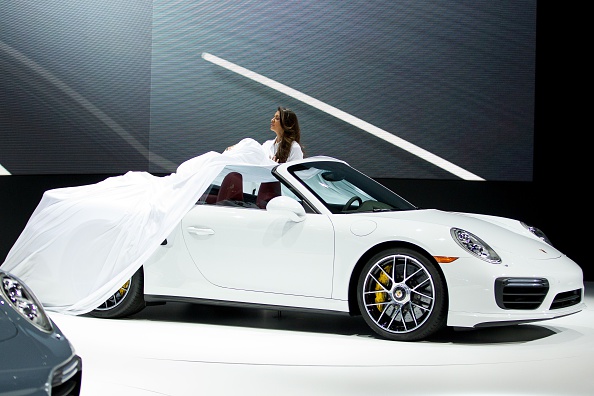 The Porsche 911 Turbo S runs on a 3.8 liter flat-six cylinder engine developing 530hp at 6,250-6,750rpm and a torque of 516lb-ft from 2,100-4,250rpm.  The engine is rear-mounted.  The vehicle can go 0-60 in 3.1 seconds, and can achieve a top speed of 195 miles per hour.  It also features Bi-Xenon headlights, LED daytime running lights, a tilt/slide sunroof, integrated interior lighting with stepless dimming, an onboard computer, a BOSE Surround Sound System, asix-disc CD/DVD changer, full color touch screen controls and voice control, an electronic logbook, and Bluetooth, among many, many other luxury details.  The car sells for $160,700 and up, so this is most likely a holiday gift Rihanna won't be "re-gifting" anytime soon.