Rickie Fowler's Car: The Car Every 20-Something Golf Phenom Should Have

Rickie Fowler could make a person feel like an underachiever.  The 24-year old golf champion started playing golf when he was in his early teens, and unlike many of his young golf-playing counterparts – he had no coach.  Instead, he taught himself, and his freshman year of high school, he set the all-time course record on his home course in Murrieta, California.  He won the SW League Final his senior year of high school, and then went on to Oklahoma State University, where he continued to excel.  He won multiple amateur titles of the course of the next few years, including the Western Junior, the 2007 and 2009 Walker Cup tournaments, the 2007 and 2008 Sunnehanna Amateur, and the Players Amateur.  He was the #1 ranked Amateur Golfer for 36 weeks between 2007 and 2008.  He made the move to the pro circuit in 2009, and a range of companies immediately latched on to his youth and success.  He subsequently secured endorsement deals with Titleist, Puma, and Rolex.  He played in his first PGA Tour event in late 2009, and went on to snag a spot in the 2010 PGA Tour lineup.  He was named PGA Tour Rookie of the Year in 2010.  He finished 5th at The Open Championship in 2011 and 10th at the US Open in 2013.  He has also finished as runner-up at five tournaments, and he won the Wells Fargo Championship in 2012.  His lucrative deals, and his solid performance in a variety of tournaments, have made him quite well off.  He has invested some of his money in a nice car collection.  One of the newest additions to his collection is his Mitsubishi Lancer Evolution. 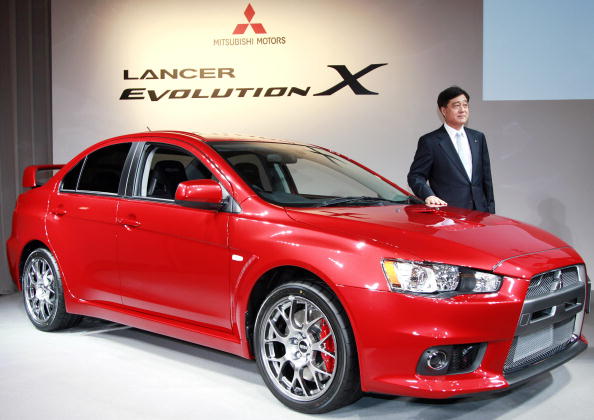 The Mitsubishi Lancer Evolution went into production in the early 90s and is currently in its tenth generation.  The current version runs on a 4B11T 2.0 liter turbocharged, inline-4 GEMA engine, which produces 276 hp at minimum.  The US version of the vehicle comes with either 6-speed Twin Clutch Sportronic Shift Transmission, or 5-speed manual transmission.  The Lancer Evolution 10 has Mitsubishi's new S-AWC four-wheel drive system, and the clutch system features steering-mounted magnesium alloy shift paddles.  The Evolution has won a slew of car awards including, "Playboy Sports Car 2004", "Best Aggressive Sports Sedan 2006" by ConsumerSearch, and "Best New Technology 2009" by Canada's Automobile Journalists Association.  There was a rumor that the vehicle was going to be discontinued, but those fears were laid to rest in late 2012.  Mitsubishi recently announced that it is developing a smaller, more powerful version of the car.  The Lancer Evolution currently sells for approximately $36,000, which is a standard pay day for golf pros like Rickie Fowler.