Rick Hendrick's Car: The NASCAR Owner Shells Out a Cool Million For a First

By Paula Wilson on January 22, 2013 in Articles › Celebrity Cars

Rick Hendrick turned a struggling Chevrolet dealership in South Carolina into one of the most successful in his area when he was only 23.  He went on to become the Chairman of Hendrick Automotive Group, which now has locations in ten states and employs over 6000 people.  Additionally, he launched his own racing team in the late 70s.  The organization started with five people and 5,000 square feet, and is now as successful NASCAR racing team with 209 NASCAR Sprint Cup wins and over 1400 Top Ten finishes; 23 NASCAR Nationwide wins and 148 Top Ten finishes; and 25 Camping World Truck Series wins and 156 Top Ten finishes.

In addition to owning one of the more successful NASCAR teams, he founded the Hendrick Marrow Group for funding cancer and bone marrow research, and he also had a brief, but respectable racing career of his own in the late 80s.  He's been working with car in some capacity since he was 14 years old, and the man knows cars.   Which is why is his recent purchase of a very special vehicle makes total sense. 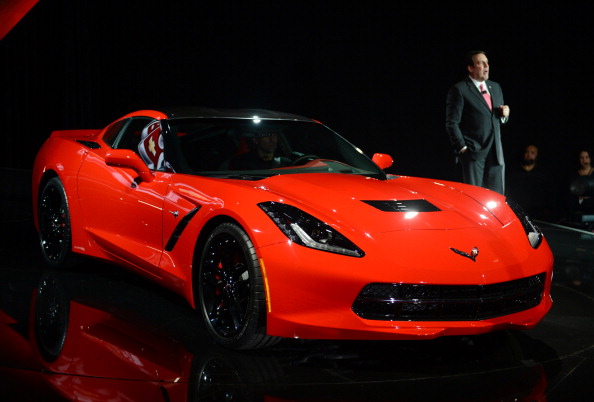 Rick Hendrick bought the first ever 2014 Chevrolet Corvette Stingray.  He purchased the gorgeous vehicle for $1,050,000 at a charity auction for the College of Creative Studies.  The is the first new version of a Corvette in eight years, and its the seventh iteration for the car.  General Motors has been very vocal about the fact that the Stingray is by far the most powerful standard Corvette they have ever produced.  At 450 horsepower and 450 pound-feet of torque, the Stingray firmly reestablishes the relevance of the Corvette.  It runs on an LT1 6.2L V8 engine, and comes with either 7-speed manual transmission or 6-speed paddle shift transmission.  The car is stunning, and will hopefully make for a much needed return to popularity for General Motors and the Corvette line.  If you want to know how it feels on the road, you'll have to ask Mr. Hendrick.  He's got the only one.