Reese Witherspoon's Car: The Perfect Vehicle for the Woman Who Does It All

By Paula Wilson on October 10, 2012 in Articles › Celebrity Cars

Reese Witherspoon has had a busy year.  After getting married in early 2011, she took some time off to have a baby.  Her third child, and her first with her new husband, was born in September 2012.  Also in 2012, her feature film, "This Means War", was released, and two other films are currently in post-production.  Her ranch in Ojai, California was featured everywhere, first as the location of her high-profile nuptials, and then as Robert Pattinson's hiding place after the K-Stew cheating scandal.  She placed the ranch on the market this year, as well.  Finally, she merged her successful production company, Type A Films, with Make Movies, another successful company, to form Pacific Standard.  Did you get all that?  When Ms. Witherspoon is not busy being a mother/wife, actress, or producer, she tends to drive around in her 2012 Porsche Panamera. 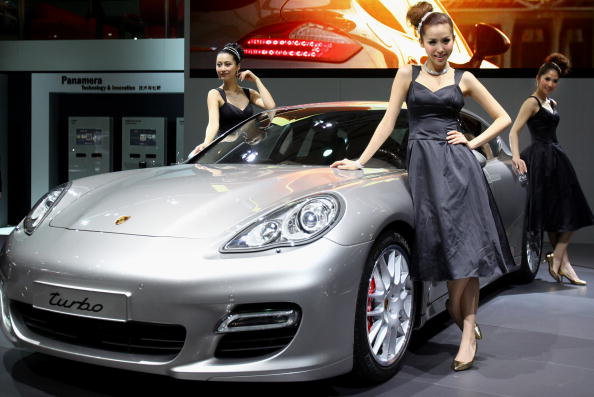 The Porsche Panamera bucks the design of the standard Porsche, and instead opts for a more luxurious, family-friendly style.  It is full-size vehicle, with four doors, and weighs 4,123 pounds.  It's powered by a V8 engine, and depending on whether you choose the diesel, hybrid, or standard engines, it ranges from 3.9 liters to 4.8 liters.  It features a seven speed transmission and can achieve speeds of approximately 177 mph, thought the Panamera Turbo can top out at 188 mph.  It can 0-60 in 4 seconds.  While it is touted as Porsche's answer to family luxury vehicle, it still looks and feels, very much like a Porsche.