Rebel Wilson's Car: A Serious Car for a Funny Lady

By Paula Wilson on November 14, 2012 in Articles › Celebrity Cars

Rebel Wilson had already established herself as a popular comedienne and actress in Australia by the time she moved her special brand of funny to the United States.  After starring in multiple, successful Australian television comedies, such as "Pizza", "The Wedge", and, most famously, "Bogan Pride", she earned her first role in an American production, appearing in a small role in 2007's "Ghost Rider".  Fast-forward to 2011, and Hollywood finally caught on to just how fabulous Ms. Wilson could be.  She was cast in the hit film, "Bridesmaids".  Her scene-stealing turn as Brynn, the roommate of the main character, got everyone's attention.  Since then she has appeared in such films as, "What to Expect When You're Expecting", "Bachelorette", and "Pitch Perfect", and voiced a character in the cartoon, "Ice Age: Continental Drift".  She is working steadily in now, and has settled into life in Los Angeles quite well, including purchasing a new car. 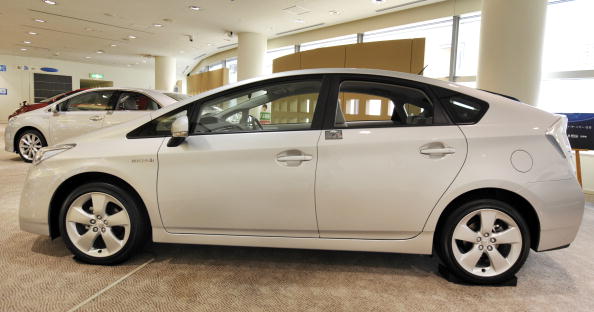 Rebel Wilson's car is a Toyota Prius.  The Prius was the first hybrid vehicle to go into mass production, and was launched in Japan in 1997.  It is now sold in 80 countries around the world, and is rated as one of the "cleanest" cars currently available in the United States by the California Air Resources Board.  The car is a five-door liftback with an 1.8 liter gas engine, and an electric motor.  The combined motors generate 134 horsepower.  The car gets 50 miles per gallon, and is constructed of eco-friendly materials, such as bioplastics made from plant-derived cellulose.  The most recent model, released in 2011, includes touch-screen technology, Bluetooth capability, a solar panel roof, a navigation system, and an optional Pre-Collision System.  The Prius currently costs between $25,000 and $30,000.  It's a rather modest purchase for a rising star who clearly has a surplus of talent.