Ray J's Car: The Singer-Actor Steps Out in a Rolls Royce Ghost

By Paula Wilson on October 24, 2013 in Articles › Celebrity Cars

Ray J, also known as William Ray Norwood, Jr., began his performance career as an actor, appearing in commercials, and then recurring on "The Sinbad Show" in the early 90s.  The younger brother of multi-Platinum singer, Brandy, it was only a matter of time before he shifted some of his energy to performing music.  He signed with Elektra Records and released his first album in 1995. It was a moderate success, but he was dropped from the label in 1997.  He returned his focus to acting, appearing on his sister's show, "Moesha" for three seasons.  He then returned to music, releasing albums in 2001 and 2005. Clearly suffering from a career crisis, he returned to acting in 2005, as well, appearing on one season of "One on One".  In 2007, he gained widespread recognition, but not for his music or acting career.  Instead, it was his sex tape, recorded with then-girlfriend Kim Kardashian, that made him a household name.  The release of the tape, and the subsequent fall out, made Ray J a hot commodity. He signed with Shaquille O'Neal's label in 2007, and released a successful album in 2008.  In 2009, he began appearing in the first of many reality shows featuring members of the Norwood family. His fifth studio album is about to drop, and he is currently hosting the reality series "Bad Girls All-Star Battle" on VH1.  The last few years have been quite successful for the actor/singer, and he recently celebrated by investing in some style.  He bought a Rolls-Royce Ghost.

The Rolls- Royce Ghost went into production in 2009.  The car was designed as a more compact, more reasonably priced alternative to the Rolls-Royce Phantom.  The foundation of a the vehicle is the same that is found as part of the 7-series by BMW.  The car sports the ultra luxury iDrive interface, and runs on a 6.6 liter V12 twin turbo engine that produces 562 hp.  It can go 0-60 in a very respectable 4.7 seconds, and has a top speed of 155 miles per hour.  It currently sells for somewhere between $256,000 and $296,000.  Whatever the price, this quarter of a million dollar car is rapidly becoming a Hollywood status symbol. 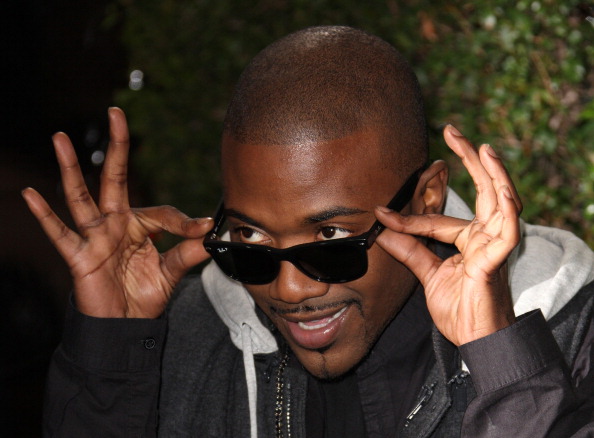 Frederick M. Brown/Getty Images
Did we make a mistake?
Submit a correction suggestion and help us fix it!
Submit a Correction