When a car company decides they are only going to produce five cars of a particular model you know they are going to be hard to get. Being able to buy one of these cars is like being a member of the Jackson 5 or a starter on the Fab 5 team at Michigan; only five people get to do it.

If you want to fight to be one of these five people to buy this luxury car you better make sure it's worth it. The vehicle in question is Touring Superleggera's brand new Berlinetta Lusso. This amazing vehicle's lineage dates back to the 1960s with the 250 GT Lusso which has been owned by Eric Clapton and Steve McQueen. Here are some of the pros and cons to help you decide whether or not this car is right for you.

The Touring Superleggera Berlinetta Lusso is based on the Ferrari F12 Berlinetta.  The cars look very similar but the entire body of the Lusso is new. It shares a lot of features with the Ferrari F12 including the engine. The F12 is a very popular car and the Lusso only promises to be even better.

Why not just purchase a Ferrari F12? It will be cheaper and much easier to get your hands on. Ferrari will let you customize your car and add features to make it almost as good for a lot less. The interiors are exactly the same minus the Ferrari badges traded in for Touring Superleggera logos. 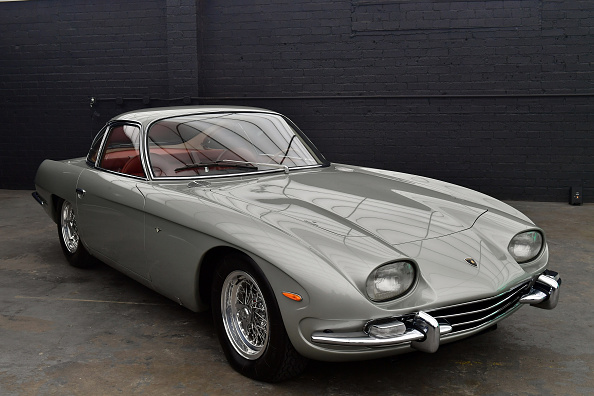 The Lusso will feature a powerful V12 6.3 engine with 730 horsepower. It will have a top speed of 205 miles per hour and can go from 0 to 60 in just 3.1 seconds. This kind of power and speed makes the Lusso worth the price.

The price of the Lusso has not been revealed yet but it projects to be very expensive. One estimate has it at $750,000 while others have it at over $1 million. It has also been speculated that Touring Superleggera may not reveal the price until each buyer has had a chance to customize their individual car to their liking.

The body of the Lusso will be hand sculpted out of carbon and aluminum. It will be painted in a metallic blue that Touring Superleggera is calling Azzurro Niourlague.

One major reason that each car can be handmade is that only five of these Lussos will be produced. The first one was on display at the 2015 Geneva Motor Show and TS only plans to make four more. This kind of limited availability means the price will be super high and hardly anyone will be able to get one.

So overall do you think the pros outweigh the cons on this amazing luxury vehicle?