Princess Diana's Car: You, Too, Can Drive Like a Princess…

By Paula Wilson on November 1, 2012 in Articles › Celebrity Cars

Diana Spencer's (a.k.a. Princess Diana) "fairytale" wedding to Prince Charles of England, made her popular with people the world over.  Her gentle beauty made her a favorite subject for photographers and news crews.  Her humanitarian work, and her devotion to her children gave the royal family a more human and accessible face, qualities that it had often lacked.  Her divorce from Prince Charles in 1996, after 15 years of marriage, was met with dismay by many people.  Her death in a car accident a year later, after she and a companion were pursued by paparazzi, caused international mourning.  Since then, just about everything connected with the Princess has either been placed in a museum or vault, or has become a collector's item.  In early November, a car made by famous by the Princess will be auctioned off for charity.  The vehicle, a 1979 Rolls-Royce Silver Shadow, was specially outfitted for the royal family, and was used during Prince Charles and Princess Diana's visit to the White House in 1985. 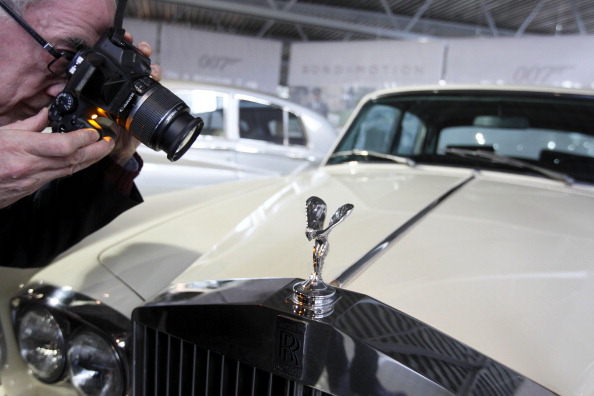 Princess Diana's car is not your ordinary Rolls-Royce.  The car was modified over the course of three years to withstand bullets, grenades, and any number of other weapons that could be thrown, lobbed, or shot at a vehicle.  The outfitting cost over $200,000.  The Silver Shadow was produced by Rolls-Royce from 1965 to 1980, and had a narrower, shorter body than previous Rolls-Royce cars, but more interior leg space.  This was primarily due to the introduction of the monocoque chassis, which was new to the Rolls-Royce line.  The car had a Rolls-Royce V8 engine, 3 speed automatic transmission, and weighed approximately 4,600 pounds.  Princess Diana's particular vehicle is in pristine condition, and features a 600-pound windshield and a red leather interior.  It is currently valued at $2 million.