By B. George Young on February 5, 2016 in Articles › Celebrity Cars

Everyone has heard of Air Force One, but how does the president of the United States get around locally, when he is not flying the friendly skies? He does so in style, in a $1.1 million armored bus called Ground Force One.

We all like to have options, and now POTUS has four: Air Force One and Marine One in the sky, and Cadillac One and Ground Force One on the streets of America. This bus was specially designed by the Secret Service to fill a void in transportation for the president. Before they had purchased Ground Force One, the Secret Service would have to rent a bus every time the president needed one. They would then have to retrofit that bus with armor and security features, which was not very convenient. 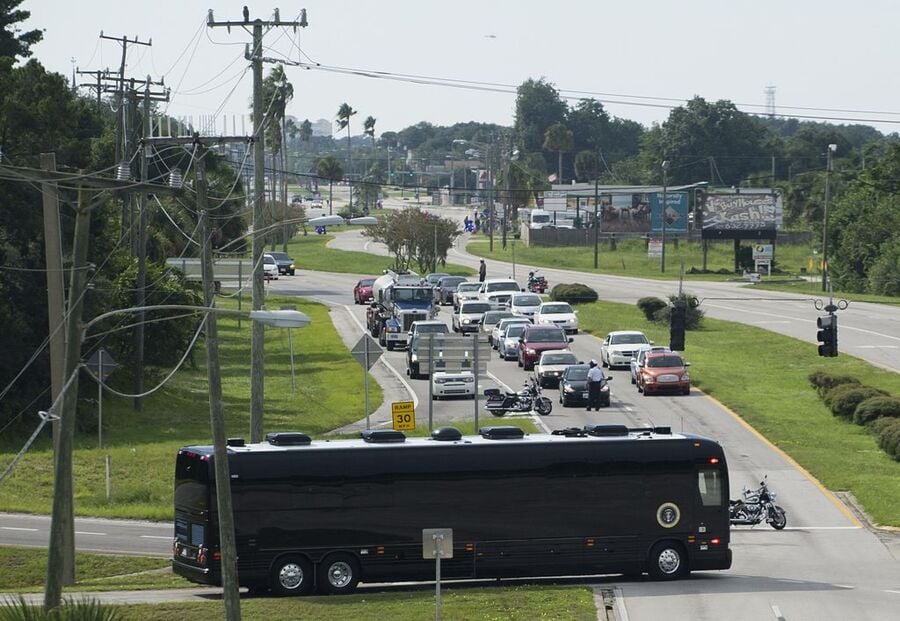 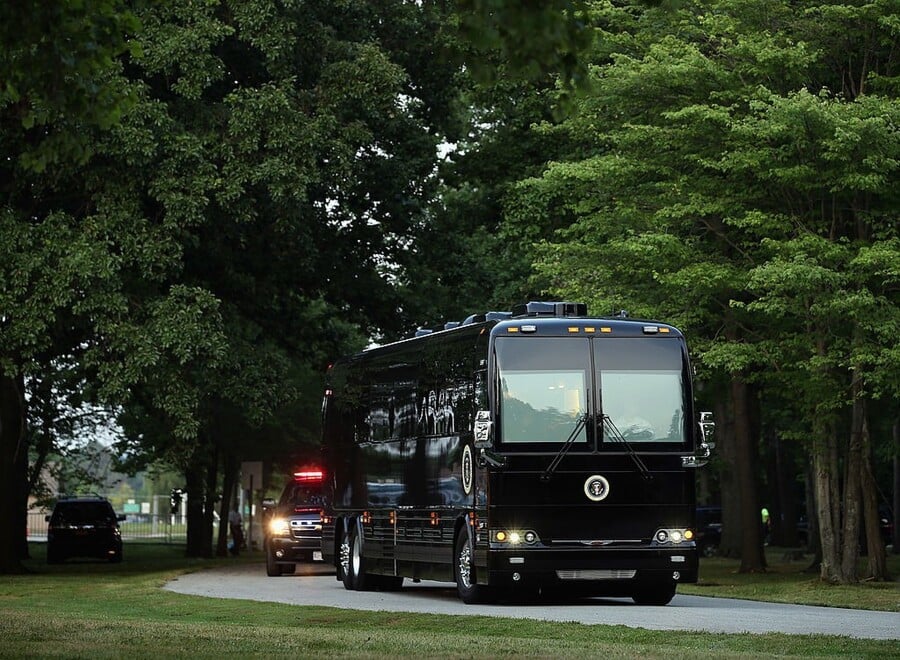 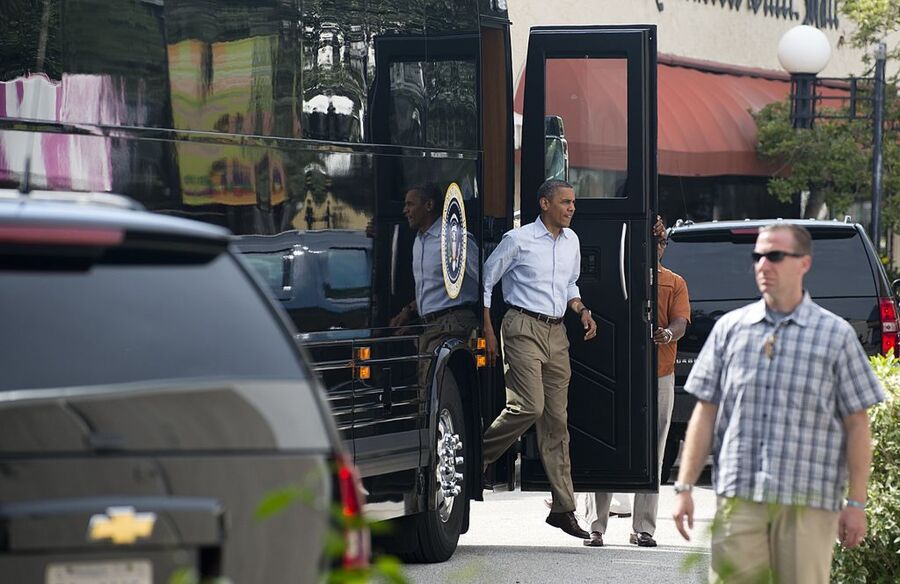 While the special bus cost the United States $1.1 million, the cost didn't stop there. They also had to purchase a twin decoy version to throw off anyone with bad intentions. It is unknown how much the decoy went for, since it is likely not equipped with everything the real one has to offer. Ground Force One is painted jet black and is 45-feet long. The bus was designed by Prevost Car and was outfitted by Hemphill Brothers Coach out of Tennessee.

Ground Force One features an armored exterior and heavily reinforced glass, as well as run-flat tires in case of emergency. It also comes with a fire suppression system and oxygen tanks in case a chemical attack occurs. The bus even has an extra supply of the president's blood in case he should become injured and need it right away.

The 505 square foot bus comes equipped with televisions, phones, radio, and Internet. It has police-style flashing red and blue lights on the front and back to get through traffic faster and comes with a seating area that features a couch and a captain's chair for the commander-in-chief. All of the windows are heavily tinted, except for the ones at the very front. That means that President Obama has to stand next to the driver if he wants to wave to the crowds of onlookers that gather on the sidewalks.

Whoever is elected the next president, he or she will inherit some pretty nice vehicles, including this amazing bus that is valued at over $1 million. Although being president is a tough job, it does come with some pretty nice perks.