Porsche's Electric Mission E Knows What You Are Thinking

Porsche's recent announcement of their new concept car, the all-electric Mission E, has been making news for being compared to the Tesla Model S, but there is something a little unnerving about it as well. Porsche's electric sports sedan will seat four, and is set to focus on "long-distance driving," but it can also read your mind. 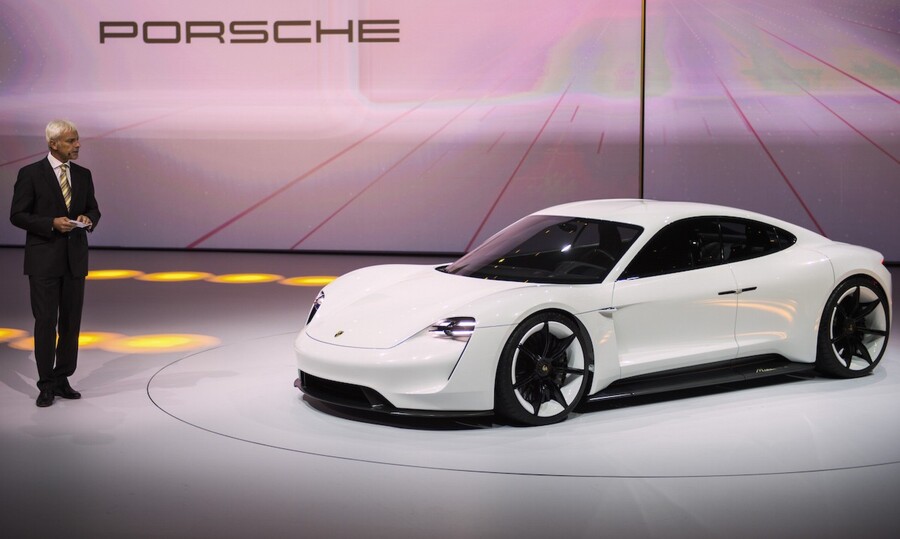 The Mission E will feature an 800 volt "Porsche Turbo Charging" system that has 600 horsepower and can go from 0 to 62 miles per hour in less than 3.5 seconds. It will have a top speed of about 155 mph and offer a total range of 311 miles. These numbers are similar to Tesla's model S, but the Mission E will charge faster. It will be able to store an 80% charge after just 15 minutes of being plugged in. That means that after just a 15 minute charge, you should be able to drive almost 250 miles. While no price has been announced yet, it seems that the Mission E should have a price similar to the Model S, coming in at a minimum of $100 thousand.

So what is disturbing about a car with these kinds of numbers? The Mission E will have a camera built into the rear-view mirror that will be able to tell which dial the driver is looking at. It will then highlight that dial and bring it to the foreground by pressing a button on the wheel, so drivers won't have to fumble around with pushing buttons and turning knobs while driving.  The car's five-dial instrument panel will be curved to resemble that of a 4K TV. The somewhat disturbing thing here is that this same camera will be able to track the driver's emotions. It will show an emoticon in the instrument cluster to resemble the emotions being portrayed by the driver. From there you can opt to share your car's mind-reading results on social media.

If you don't mind the camera invading your privacy, the Porsche Mission E looks to be a pretty nice luxury car. It will be great for those that don't want to pay for gas and don't want to spend lots of time charging an electric car. The Mission E will also feature 3D headlamps and a pinstripe taillight, so it will look nice while being effective. Since this car is still a concept, it is unsure when it would be available for purchase.