By Joseph Gibson on September 2, 2017 in Articles › Celebrity Cars

Poll ten of the most diehard Porsche maniacs in the world, and ask them what the most iconic Porsche in the history of the company is, and you're likely to get ten different answers. But if you were able to somehow establish a consensus opinion, one of the most likely suspects would have to be the 1970 Porsche 917K, driven by automotive movie star legend Steve McQueen in his 1971 film Le Mans. And it was that very automobile that recently became the most expensive Porsche of all time, selling for more than $14 million at auction by Gooding & Company in Pebble Beach.

The 971K's significance in the history of auto racing isn't purely cinematic – Porsche dominated the field of endurance racing in the early 70s, with back to back victories won in 1970 and 1971. In 2001, the 917K that co-starred with McQueen in one of his most famous movies was meticulously restored. Its original chassis had been locked away while a replacement was used for vintage racing, but now the car's original chassis has been restored, which is part of the reason it was able to fetch such an incredible winning bid – $14,080,000, to be precise. That selling price is more than anyone else has ever paid for a Porsche automobile, so in addition to its numerous other accomplishments (including being driven by Steve McQueen in a movie, one of the highest honors for a car), it can now add Most Expensive Porsche in the World to its CV (car-riculum vitae). 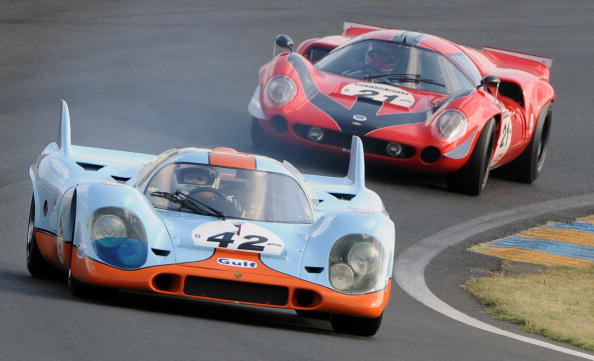 It's not known whether or not any more vintage racing performances are in the Le Mans Porsche 917K's future. On the one hand, the temptation to let it go again would probably be too great to resist. On the other hand, dropping $14 million on a car might bolster one's resistance to such a temptation. Keep your eyes open to see when and where this car turns up again.