Pitbull's Car: The Rapper Goes Dapper for a Prize Car

By Paula Wilson on October 8, 2012 in Articles › Celebrity Cars

Though Pitbull is most widely recognized for his massively popular rap albums and mixtapes, he is also a prolific producer and champion of Latino music, as well as a television personality, and savvy businessman.  He has cultivated a decidedly debonair style, with hyper-tailored suits, sunglasses, and wing-tip shoes, that is slightly at odds with the style of many rap artists currently working today.  He and P Diddy co-founded Bad Boy Latino, a subsidiary of Bad Boy Records in 2005, and Pitbull's entire career has been structured in much the same vein as Diddy's, though

Pitbull has been considerably more prolific when it comes to releasing original music.  The man also known as Armando Cristian Perez, has also aligned himself with multiple ad agencies, and lucrative endorsement deals with such companies as Kodak, Dr. Pepper, and Voli Vodka.  Most recently, he teamed up with Dodge and the IHeart Radio Music Festival to create a one-of-a-kind sweepstakes prize. 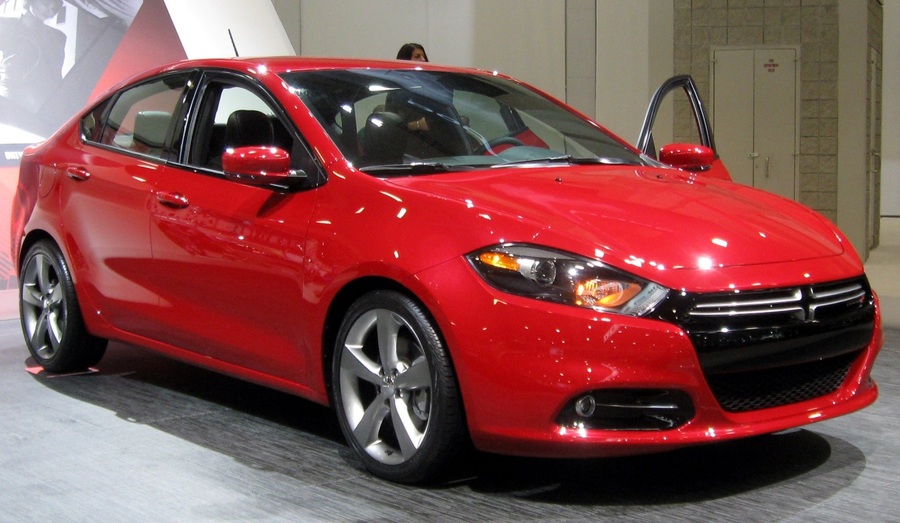 Pitbull custom designed a 2013 Dodge Dart, which was given away as part of the iHeart Radio Sweepstakes.  The 2013 Dart, which debuted in January of this year, is the first compact sedan produced by Dodge in eight years.  The car is a redesign of the Alfa Romeo Giulietta, and shares a similar, but noticeably wider platform.  The car also features Chrysler's blind spot monitoring and rear cross path detection systems.  The custom Dodge Dart iHeart was wholly influenced by Pitbull's dapper style, and included custom 18″ liquid graphite aluminum wheels, metallic accents in the interior of the vehicle, a custom hood scoop and rear spoiler, a matte white paint job and a black roof, as well as a black and pear white interior color scheme that screamed, "Lux".  The car went home with a lucky man from New York, who was given the keys by Pitbull himself.