By Joseph Gibson on April 1, 2017 in Articles › Celebrity Cars

Someone was saying crash, crash, crash, goodbye to a 1996 McLaren F1 GTR a couple weeks back at an event at the Goodwood Circuit in England. It was 73-year-old Pink Floyd drummer Nick Mason, who in addition to his percussion duties with the band, is also known for his collection of classic automobiles. He had taken this one out for a spin at the aforementioned event, but that spin turned out to be frighteningly literal, according to a recent Fox News report:

"Mason twirled the red McLaren into a rubber-wrapped tire barrier, which bounced it back toward the track with damage to the nose that doesn't look too terrible, but the repair bill for the carbon-fiber car may say otherwise as it could be worth $15 million or more today." 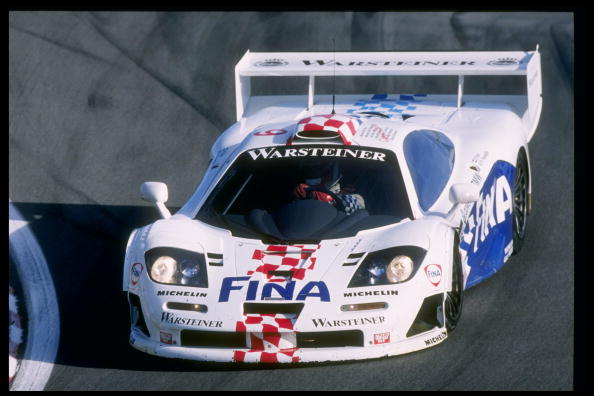 Mason was (and probably remains, despite the annoyance of having to pay an untold sum to repair an ultra-valuable automobile) a rarity among classic car collectors for his willingness and eagerness to drive the pieces of his collection, even in circumstances that may be categorized as risky. He's often been seen driving cars from the collection, which includes multiple Porsches, Bugattis, and Aston Martins, as well as a 1962 Ferrari 250 GTO – a similar car to the latter was reportedly recently sold for more than $50 million.

As for the car itself, it was one of only 28 F1 GTRs developed and built back in the mid-90s for just the kind of racing that Mason was using it for, so it's hard to fault him too much for crashing it. It was based on what was the fastest car in the world at that time and has a top speed of more than 240 miles per hour. Mason and all the other drivers were unhurt in the crash, and as this video taken at the event shows, it very nearly wasn't even the worst crash to happen there:

Now, the only crisis to come from the Goodwood Circuit this month is Nick Mason's eventual repair bill.