If you're looking for the chance to be a proud owner of Nicolas Cage's car, you may have already missed the best opportunity: Thanks to his recent financial troubles, the eccentric actor had to let go of the Ferrari Enzo which with a base price of about $670,000 ranks as one of the most expensive cars ever owned by a celebrity.

But, unfortunately for Cage, he had to sell the car amid tax problems that first came to light in 2009. Despite being one of the highest-paid stars in Hollywood, Nicolas Cage got himself into some serious financial straits resulting from both his failure to pay his taxes and some bad real estate investments that left Cage in a position where he had to sell not only his Ferrari Enzo but other prized possessions as well. These possessions most famously included his copy of Action Comics #1 (one of the most valuable comic books in existence), which he sold at auction for a record-breaking $2.16 million. 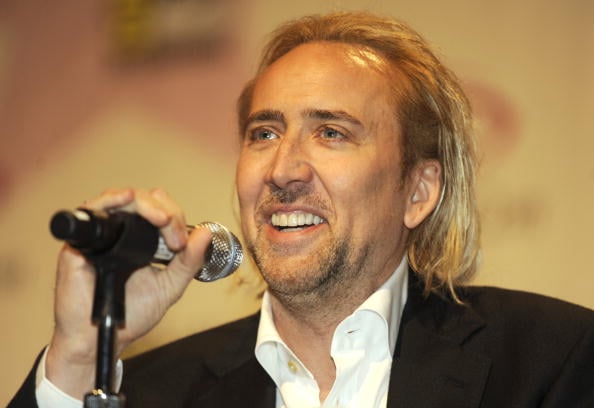 First built in 2002, the Ferrari Enzo is yet another top-notch sports car from Ferrari. It was first brought to the attention of many people around the world when it appeared in the film Charlie's Angels: Full Throttle, in which it was driven by Demi Moore on the beach. Its performance in real life is nothing to sneeze at either, with a top speed of 221 miles per hour being just one of its impressive statistics.

Somewhat similarly to the way Nicolas Cage has been criticized as an actor, the Ferrari Enzo has been described by some sports car enthusiasts as "too flashy." Specifically, the magazine Bloomberg Businessweek named it as one of the "Fifty Ugliest Cars of the Past 50 Years" for its "V-shaped hood, scooped-out doors, and bulbous windshield." Cage must have disagreed, though, as he probably paid at least $670,000 for it. It's not known how much he got when he finally had to sell it to pay off his taxes and other debts but some analysts have posited that he would have gotten at least a million, which is a pretty tidy profit even for a movie star.

How much more would he have made if it was the most expensive car?