Nick Saban is well known for being one of the greatest college football coaches of all time. As the head coach of the University of Alabama football team, Saban is making a base salary of $6.9 million per year and that doesn't include bonuses, which bumps it up to over $7 million. Saban is already the highest-paid public employee in the state of Alabama and is also the highest paid public employee in the entire United States educational system! He makes almost as much as NFL head coaches Sean Payton and Bill Belichick. 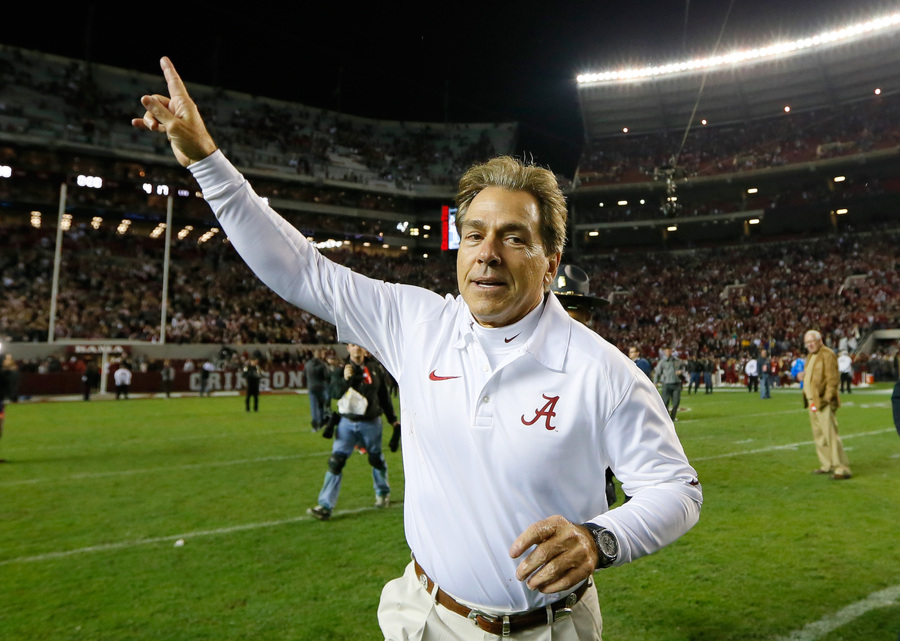 Saban is not just a football coach, he is also an entrepreneur. He co-owns a Mercedes dealership in Alabama and has come up with a new tailgating van that will be sold for $200 thousand. This super-nice Mercedes van will even come with the coach's autograph embroidered on the seats. The van will seat nine people and will have three TVs, hardwood floors, massage chairs, mobile conferencing solutions, and a cooler for beverages, because what would a tailgate be without drinking? All it needs now is some type of barbecue grill.

This is the perfect way to tailgate if you don't want to even set foot outside of your vehicle until it's time to go inside the stadium.  The Signature Series Mercedes Sprinter will be sold at Mercedes-Benz of Birmingham and is a joint venture with the four-time National Championship coach and McSweeney Designs. If you love Alabama football and want the ultimate in luxury tailgating experiences, you'd better act fast. Only 15 of these vans are scheduled to be produced this year.

Saban coached the NFL's Miami Dolphins and has also headed up the football teams at Louisiana State University, the University of Toledo, and Michigan State University. He has already been inducted into the Alabama Sports Hall of Fame and he is still coaching. He graduated from Kent State University, where he played football as a defensive back. One decision Saban and his roommate made may have saved their lives back in college. The pair was able to avoid the infamous Kent State shootings by eating lunch before they headed to the rally where four students were killed and nine others were injured.

Nick and his wife Terry, are also the co-founders of Nick's Kids foundation which helps mentally challenged children. It remains to be seen if Nick Saban himself will be driven to and from Alabama's games and practices in this super luxurious Mercedes Sprinter.