The All New F12tdf Will Be The Fastest Ferrari Available

Ferrari has some good news for luxury car owners who want to drive their fastest road legal production car. The LaFerrari is still sold out, but the carmaker has just announced the super-fast and utterly amazing Ferrari F12tdf.

The F12tdf is named for the Le Tour de France road races that Ferrari dominated in the 1950s and 60s. This car is loosely based on Ferrari's F12 Berlinetta and only 799 examples will be made, so you'd better act fast. This luxury car will come from the company's Modena factory in Italy and is said to have more power than nine Ford Fiestas combined!

The Ferrari F12tdf features the same 6.2 liter V12 engine as the Berlinetta, but it has an extra 39 horsepower for a total of 769 ponies. The F12tdf also has a faster shifting dual-clutch automatic gearbox and the same one-piece brake calipers as the LaFerrari. The F12tdf will have a top speed of 211 miles per hour, which is some three times the legal United Kingdom speed limit. It will be able to go from 0 to 62 mph in just 2.9 seconds as well. This makes the F12tdf the fastest Ferrari available for purchase. It is second only to the LaFerrari and can lap the company's Fiorano track in 1 minute and 21 seconds, which is just 1.3 seconds more than the LaFerrari. 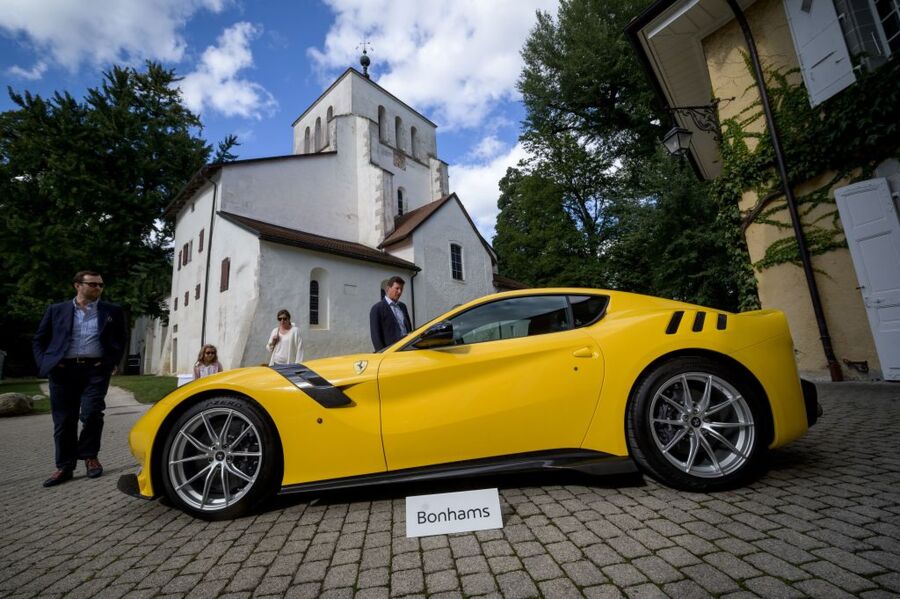 Ferrari's F12tdf is said to be track focused, but road legal. It features a rear-wheel steering system designed to increase turn-in response and high speed stability while reducing oversteering. It also has an all new Virtual Short Wheelbase system that will improve steering response without the luxury car getting too tail-end happy. Many weight-shaving efforts have been made to make this car lighter than its competition. The company says that its aerodynamic enhancements "make a major styling departure from the F12."

If you want to get your hands on one of Ferrari's fastest models, it will set you back about $425,000 and that is not including any added options! If you can't quite afford an F12tdf, you may still be able to purchase some stock in Ferrari. The carmaker's parent company, Fiat, recently released 10% of the firm to be traded publicly, under the ticker RACE.