How Does The New Batmobile Compare To Previous Versions?

The brand new Batmobile has been revealed and it hasn't been getting a very positive response from social media. Not much is known about the specifics of the Batmobile that was first unveiled at the 2015 Las Vegas Licensing Expo. Of course we do know the vehicle will be used in the new film Batman v Superman: Dawn of Justice, which opens in March, 2016 and will be directed by Zach Snyder. The new vehicle does look pretty bad-ass, but will it end up being as cool as the Batmobiles of the past?

The new Batmobile appears to possibly be a Koenigsegg hybrid. This metal machine does not look like anything to mess with; it weighs 7,000 pounds and is 21 feet long. It needs to be pretty tough to help the Caped Crusader fight off Superman. Speculation is that the new Batmobile should have a top speed of just over 200 miles per hour. It appears to be slower and sleeker than the Tumbler Batmobile, which was used in Christopher Nolan's latest Batman trilogy. This latest Batmobile might not be the best, but how does it compare to other cars driven by the Dark Knight?

The very first Batmobile was a red teardrop coupe. Even though it was never called the Batmobile, the car appeared in a Batman comic book in 1939. It was a cross between a 1937 Ford Coupe and a 1938 Talbot-Lago. Now let's get to the real cars that appeared in Batman TV and movies.

The Batman TV series ran from 1966 to 1968 and featured a Batmobile built by George Barris, who only had three weeks to get the job done. He based the Batmobile on the Ford Motor Company's abandoned Futura concept vehicle. Barris found the car already had many built in "bat" features. He converted the nose into a bat mask and changed the fins into subtle bat wings. His shop built three replica Batmobiles, which were used for exhibits and promotions. The Batmobile was powered by a Ford V8 engine and could perform a quick 180 degree bat-turn with its pair of rear mounted parachutes. In 2013, this original Batmobile set a Barret Jackson auction record when it sold for $4.2 million! 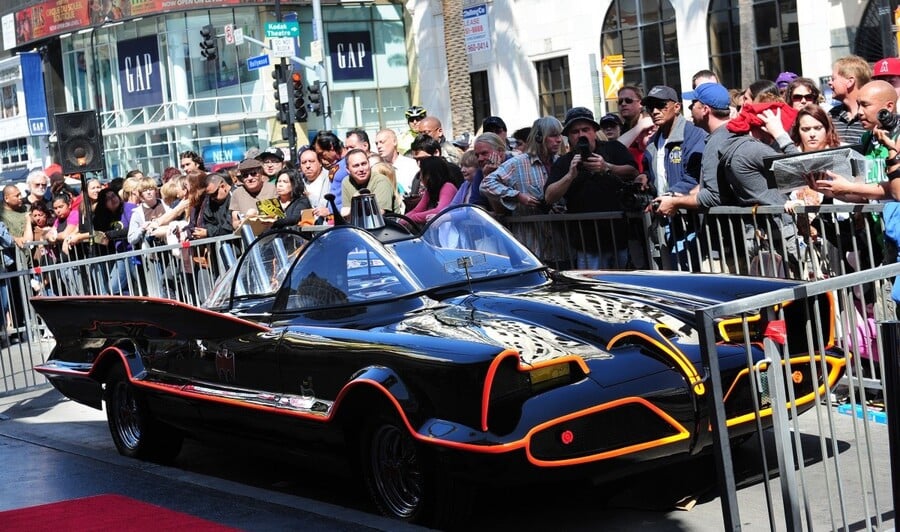 The Batmobile used in the first Batman movie in 1989 and the sequel Batman Returns in 1992, was designed by Anton Furst. The crew started by splicing together two Impala chassis and a Chevy V8 engine. The car featured bombs, Browning machine guns, disc launchers, and chassis mounted shin breakers. It even had a foot, capable of lifting the car up to rotate it 180 degrees. The car was already heavily armored, but could also utilize a heavy armor cocoon. This Batmobile also featured smoke emitters, oil slick dispensers, and a Batmissile, which would basically destroy the car if it was ever deployed. The car had a top speed of 330 miles per hour (with booster) and a 0 to 60 mph time of 3.7 seconds, powered by a jet turbine engine.

For the 1995 film Batman Forever, the Batmobile was updated and received decorative lighting. This car featured a Chevrolet 350 ZZ3 engine and the body was made from epoxy fiberglass laminate. It had a top speed of 330 mph with booster and also used an off-road running engine. The roof of this Batmobile could be opened up into a "V" shape. It was also able to climb vertical surfaces such as building walls, just like it was driving on flat ground.

A new Batmobile was used for the 1997 Batman & Robin film. Original plans called for the Batmobile being able to transform into the "Bathammer," but the plans were scrapped. This car featured a Chevy 350 ZZ3 off-road racing motor with a top speed of 230 miles per hour on the open road or 350 mph with afterburner thrust. It was one of the longest Batmobiles, at about 30 feet, and was designed by effects company TFX. This Batmobile was shot up by Mr. Freeze and it is unknown whether or not it was destroyed while filming the movie. 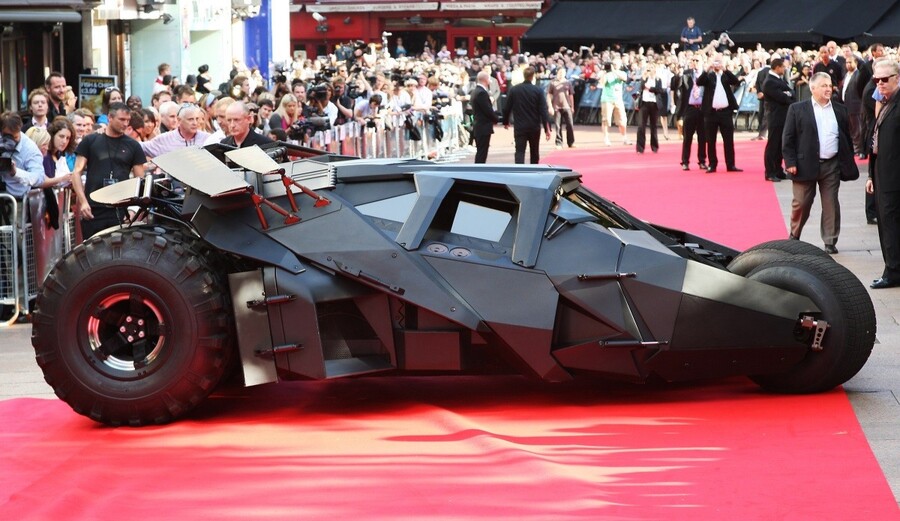 All of the Batmobiles have had things that make them awesome and unique, but how do you think they compare to each other? If you could have one of these Batmobiles, which one would you pick?