Neil Patrick Harris' Car: A Child Star Who Actually Came Out Okay. He Even Drives a Responsible Vehicle!

By Paula Wilson on December 31, 2012 in Articles › Celebrity Cars

Neil Patrick Harris managed to do what few child stars do.  He worked steadily, didn't fall apart, and has maintained a very loyal legion of fans for the majority of his acting career.  After gaining widespread attention for his performance opposite Whoopi Goldberg in the 1988 film, "Clara's Heart", he won the role that would make him a household name, as Doogie Howser, on the television show, "Doogie Howser, M.D.".  He starred on the show from 1989-1993, and then went on to appear in a steady string of film and television projects including, "The Outer Limits", "Homicide: Life on the Street", "Stark Raving Mad", "Will & Grace", "Starship Trooper", "The Proposition", "Undercover Brother", "ER", "Law & Order: Criminal Intent", and "Harold & Kumar Go to White Castle".  In 2005, he struck television gold again, when he was cast in the hit comedy, "How I Met Your Mother".  Along the way, he also appeared in numerous Broadway productions, the National Touring Company of "RENT", and the immensely popular Joss Whedon web production, "Dr. Horrible's Sing-Along Blog".  He has won a slew of awards including two Emmy Awards and three People's Choice Awards, and he shows no sign of slowing down.  When he is not rehearsing, performing, or directing, Mr. Harris gets around town in a Toyota Prius. 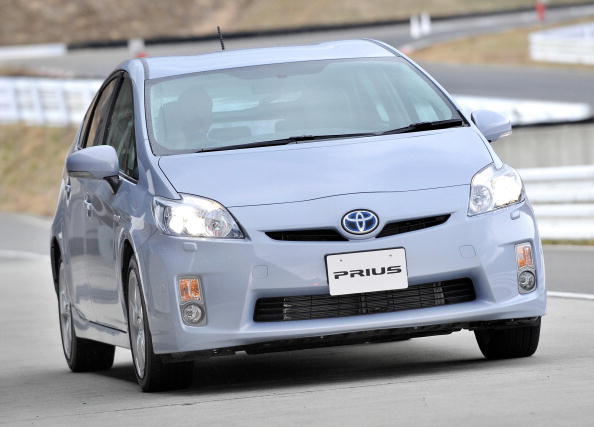 The Toyota Prius went into production in 1997, and has quickly become one of the best-selling hybrid electric vehicles in the world.  It is currently available in 80 countries, and sales in the United States topped one million units in mid-2011.  The third generation Prius has an estimated fuel-efficiency rating of 50 mpg.  The car has a 1.8 liter gas engine, and an electric water pump, which eliminates the need for an accessory belt.  In general, the electric components of the powertrain perform more efficiently and are smaller than the industry average.  Much of the vehicle is constructed of newly developed bioplastics, which are derived from plants, such as wood or grass, rather than petroleum.  The interior of the car features LCD touch screens, Bluetooth, and USB ports for iPod and iPad use.  The car also comes equipped with Toyota's Vehicle Proximity Notification System.  Since the vehicle is so quiet, it is necessary to alert people in the vicinity of the car that it is moving.  It currently sells for around $30,000.